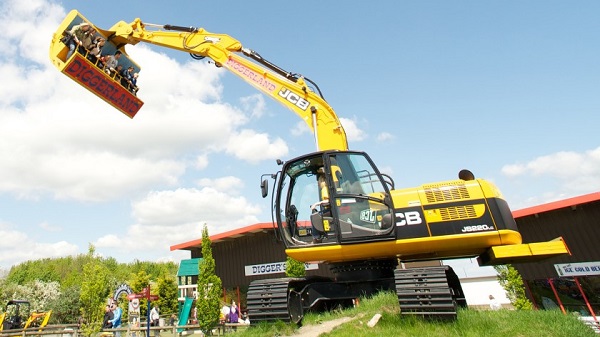 Summer vacation usually means an increase in activity at theme parks around the world. Roller-coasters, bumper cars, haunted mansions and yummy treats are the norm at most theme parks but for a select few, their attractions feature something a bit more peculiar. Military Disneyland, anyone? Here are 19 theme parks you just have to see. 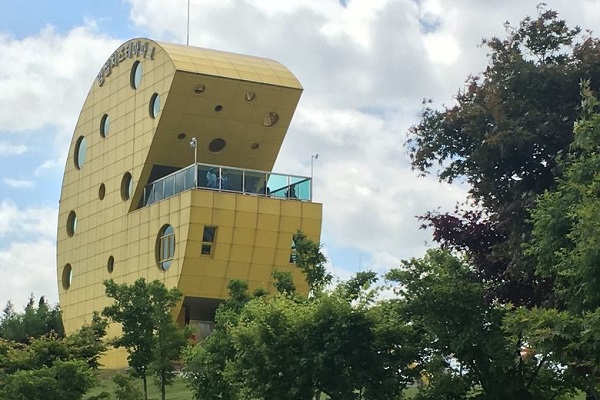 Are you a lover of cheese? Well, this 32-acre theme park in South Korea might be a haven for you. Featuring a 4D theater, cheese-making experiences, a cheese-themed play area, factory tours and much more, the park is a delight for cheese enthusiasts from around the world. Don’t forget to check out the giant cheese-wheel buildings when you visit. 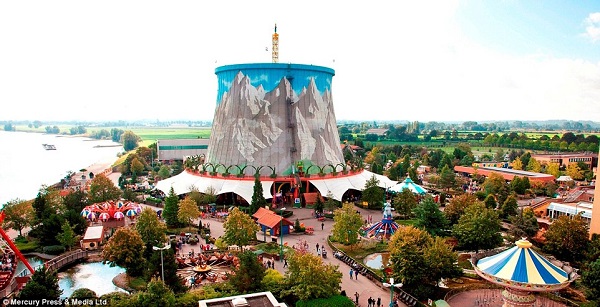 If you were to visit Wunderland Kalker, you would not notice anything unusual at first glance. It looks like a perfectly typical amusement park with its family-friendly rides, a hotel and restaurants. But if you take a close look at the large concrete cone enclosing a swing ride, you would notice that it is actually the cooling tower of a never-used nuclear reactor. Built and abandoned in the 1970s due to concerns about its stability, Wunderland Kalkar offers rock climbing on the outside of the tower. 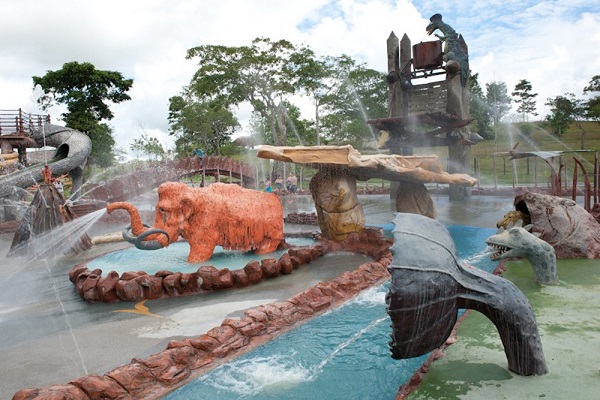 Nuclear reactor outside of your comfort zone? How about the estate of the infamous kingpin Pablo Escobar? That’s right? Located approximately 90 miles east of Medellin, Colombia, is Parque Tematico Hacienda Napoles, built on what was once the home of Pablo Escobar. The home itself was once open to tours but after demolition a few years ago, it was turned into a safari-themed oasis featuring rhinos and hippos and a water-park.

4.Window of the World, China 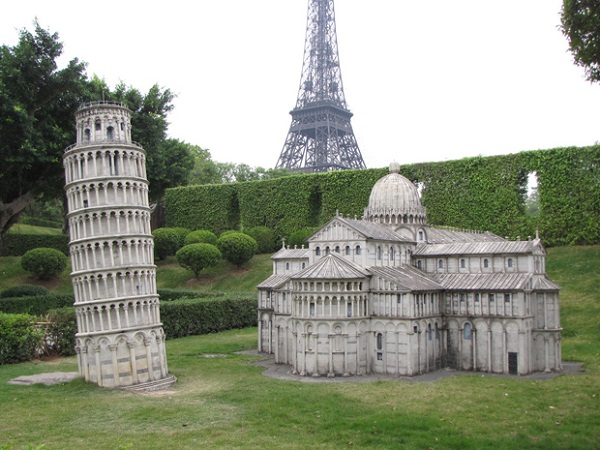 Would you love to visit some of the most famous landmarks on earth but you’re operating on a budget? Maybe this one-stop-shop is ideal for you…that’s if you don’t mind replicas. Window of the World in Shenzhen, China, features 130- scaled down replicas of world landmarks such as the Eiffel Tower, the pyramids of Giza, London’s Tower Bridge and so much more. Even more interesting is the log flume through the American West, the 4D cinema and the “Experience of Death” which simulates the cremation process.

Like a leap into a toddler’s fantasy, this theme park is devoted entirely to construction machines. Not really your cup of tea? Well bring along your child and he or she will get the chance to operate diggers and other machines themselves. If that doesn’t earn you some major points, then I don’t know what will. Snap loads of pictures as your kid scoops piles of dirt. With four locations in the U.K., Diggerland recently opened its newest site in New Jersey which features even more attractions such as kiddie land, gem mining and go-karts. 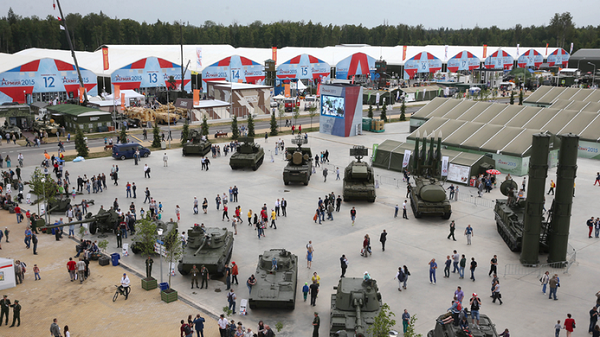 Paying homage to the military strength of Mother Russia is Patriot Park, also dubbed “Military Disneyland”. This park was opened by President Vladimir Putin in 2015 and features tanks, rocket launchers elaborate military drills. Even cooler…or not cool (depending on which side of the fence you stand), are the massive rifles that the kids can expect and play with. 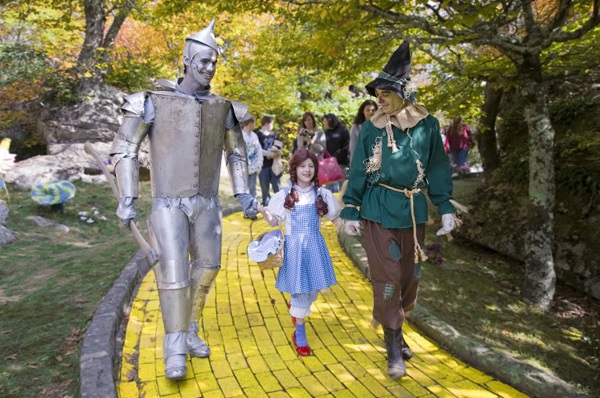 In its heyday, this once-charming “Wizard of Oz” theme park saw visitors following Toto down the yellow brick road but a fire in the 1970’s which ravaged its replica Emerald City and many of its shops and restaurants was the start of its unfortunate downfall. This led to its closure in the 80s and it subsequently fell into disrepair. This year, however, following extensive restoration efforts, you can once again get a taste of its ramshackle magic. On select dates, the park will reopen, though partially restored, for “Journey with Dorothy” events and an “Autumn at Oz” festival. 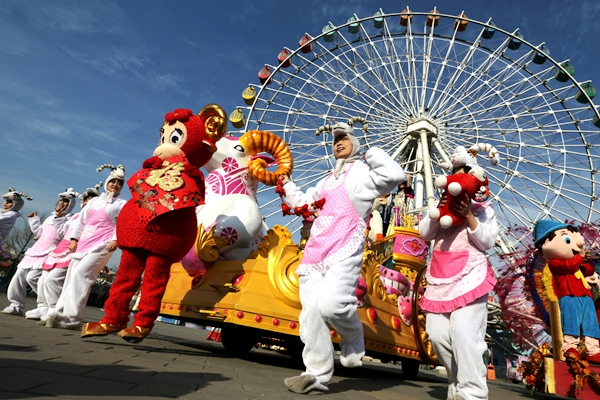 Another park which has seen better days is Beijing’s Shijingshan Amusement Park. With a motto like “Disney is Too Far”, it doesn’t take much to suspect what this particular park is all about. Home to a copy-cat Cinderella Castle and featuring roaming characters with a stricking resemblance to many of Disney’s beloved ones, this is basically a rip off of the “Happiest Place on Earth.” But that is where the resemblances end, however, as the park, though still operational, is often covered in trash and many of its rides are broken. 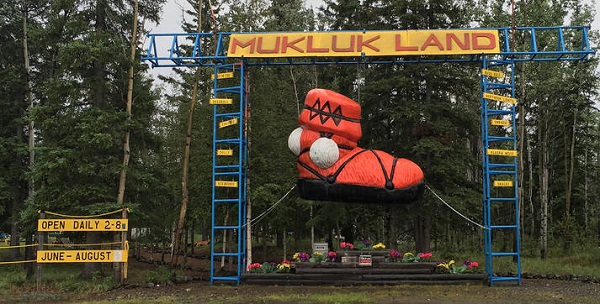 Located in the remote town of Tok, Mukluk Land is an eclectic little park operated by local journalists. It is deemed as “Alaska’s most unique destination” and features attractions such as mini-golf, Skee-Ball, rusty snowmobiles, an unusually large cabbage, “the world’s largest mosquito” and lots of other oddities. At the entrance, you will find the giant mukluk boot. Be sure to stop for a photo. 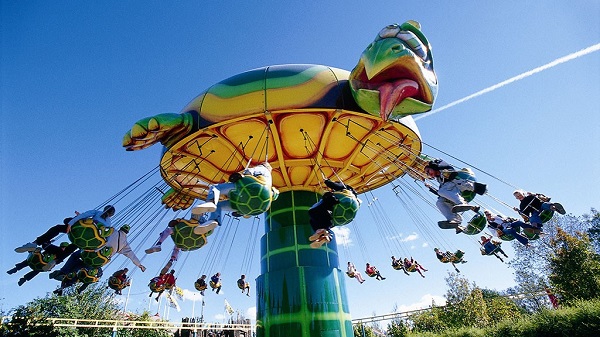 If you lack a sense of humor and are easily grossed out by some things people find funny, then this nxt one may not be ideal for you. With lots of slightly obscene jokes and risqué mascots, Bon Bon Land has earned the title of “Most Fun Amusement Park in Denmark”, if you’re into that kind of thing, obviously. Its signature ride is aptly named the Dog Fart Switchback rollercoaster which features a statue of a massive pooping dog, accompanied by farting sound effects as visitors zoom around the track. 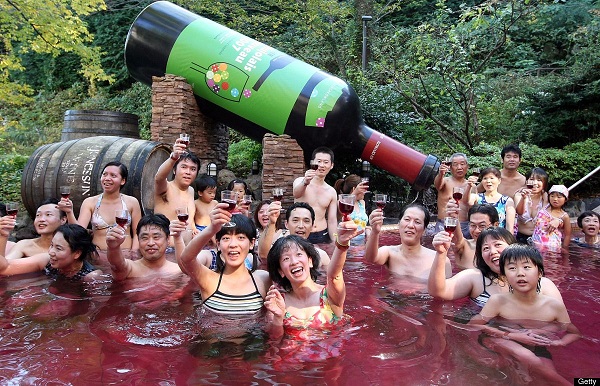 In a country where relaxation and Zen are of high priority, Yunessun is a welcome addition. This combined theme park and spa features 23 hot spring baths amid water slides, kiddie splash areas and pools where you are able to soak in sake, green tea, coffee or wine. It goes without saying, “No drinking” but in case you’ve got any funny ideas, each pool comes with a stern warning. For the more adventurous among you, there is a fish foot bath where tiny fish will eat the dead skin off your feet. 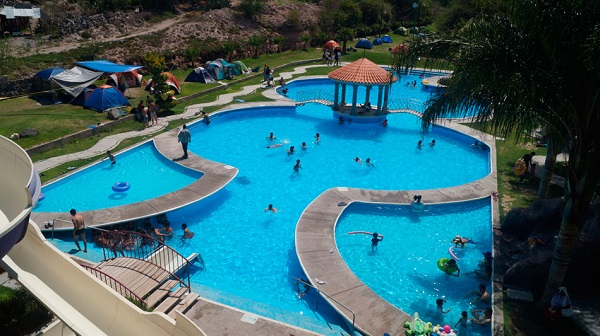 Looking for somewhere to cool off in the Mexican heat? Parque Eco Alberto is just the place. Equipped with numerous pools and water slides, this “eco-tourism” park also features hot springs (for cooler weather), kayaking, rappelling and zip lining. But the star attraction of the park is the “Night Walk” which allows participants to experience a strenuous hike over several hours, mimicking an illegal border crossing from Mexico into the United States. With sirens, barking dogs and fake drug smugglers to add to its authenticity, the experience is meant to deter individuals from attempting such crossings. 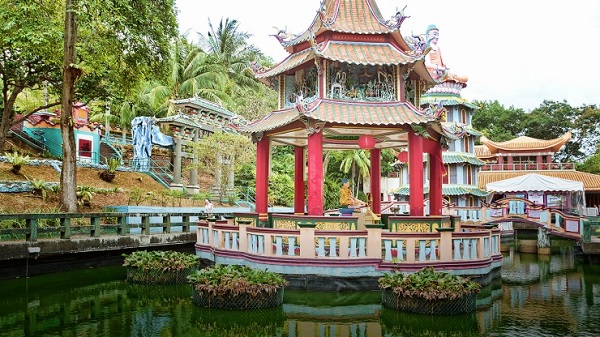 This may not be the place for persons who are easily spooked or at least who have an aversion to “death and damnation.” While Singapore’s Haw Par Villa is the perfect fusion of Chinese, Buddhist and Taoist mythology, it is also home to the Ten Courts of Hell. Spooked yet? This attraction features a host of statues meeting rather violent ends and may not be ideal for children. In other sections, you can see cultural vices and virtues with a Hell’s museum said to be on its way. 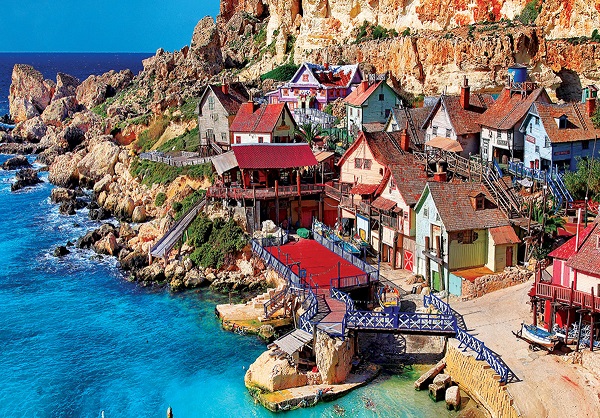 Constructed in the 1980s for a live-action remake of everyone’s favorite sailor, Sweetwater was converted into a theme park with live actors, mini-golf, boat rides and a kids’ play area. Though the movie didn’t do well with audiences, this seaside town is a perfect getaway for lovers of spinach-eating Popeye.

With more than 80 Soviet relics, Grütas Park, Lithuania rivals Russia’s Patriot Park and stands a tribute to old world Soviet rule. Nicknamed “Stalin’s World”, it contains massive statues of Lenin and Stalin, old tanks and fences and guard towers from the gulag. Like any perfect mix of fun and nostalgia, you will also find a zoo, kiddie play area and a cafe. They blend perfectly in with the Soviet propaganda museum. 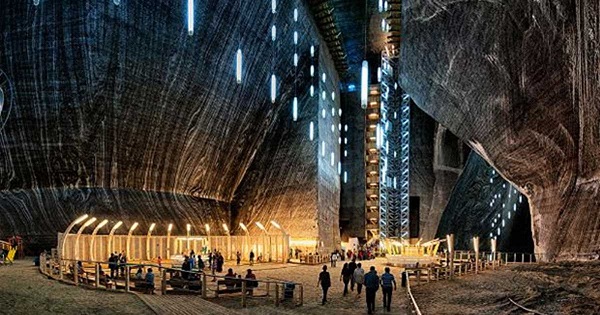 As one of the world’s most unique theme parks, this museum/subterranean theme park is definitely a sight to behold. Once a salt mine, Salina Turda allows visitors to explore many different parts of the mine. To add to the fun, there is an underground lake with a boat ride, a kiddie play area, mini golf, a Ferris wheel, a bowling alley and much more. Prefer something a little more relaxing? Well there is a spa to cater to your every need.

17.Kingdom of the Little People, China 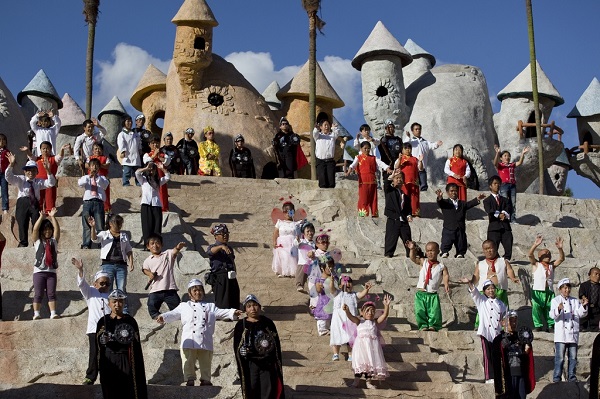 This one can be seen as either exploitative or praise-worthy but either way you look at it, it is definitely quite unique. The Kingdom of Little People is a theme park which employs 100 performers with dwarfism. With its campy shows and fairy-tale like mushroom houses, it is worth a visit if you are near Kunming, China. While some see the park as negatively displaying people like zoo animals, others welcome the employment opportunities it offers for persons who may not otherwise be employed. 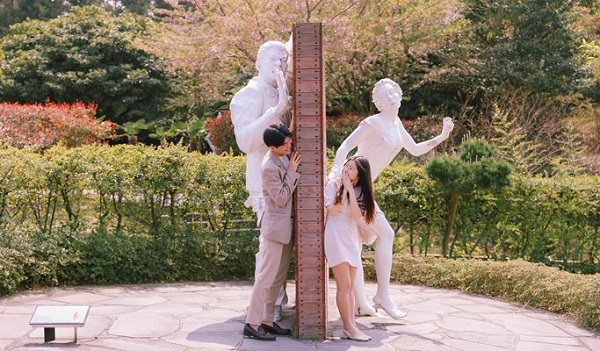 Warning! Warning! Leave your kids at home for this one. Jehu Loveland is not the place for them. Located on Jeju Island, this theme park is covered with over 140 sculptures that can be deemed risqué or blatantly pornographic. If you are not someone open to displays of sexuality, this park may make you feel a bit uncomfortable, right down to the cartoon mascots and genitalia bathroom door handles. Its hands-on exhibits and films about sex may be cringe-worthy to some and a delight to others. 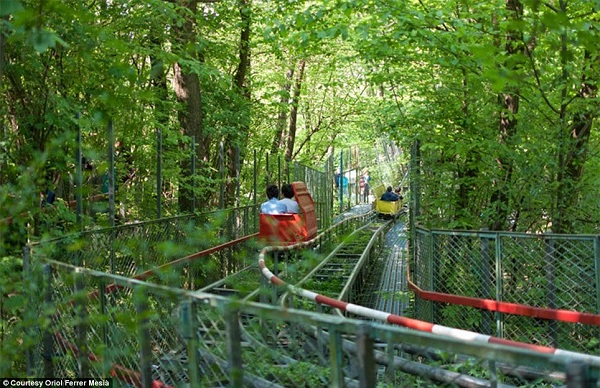 Gain free entry to this homemade theme park when you eat at its restaurant. Hand-built by the restaurateur, Ai Pioppi Playground features many solar-powered rides including carousel, slides and bridges. It star attraction is the “Bicycle of Death” which from the sounds of it seems as though you are going to pedal yourself to an early demise. That is really that farfetched either as the ride involves lots of pedaling, gravity and nerves of steel. Located just north of Venice, feel free to take a day visit to Ai Pioppi.