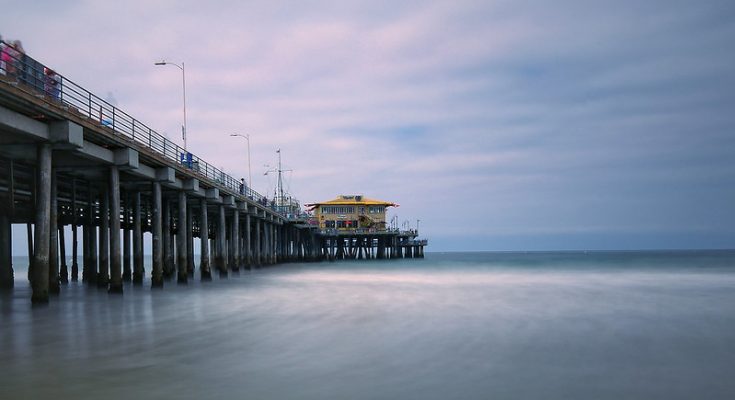 The U.S. highway system is one of intricate design, with numbered road and highways forming an integrated network from state to state. One of the first ever made was Route 66. Formally known as the Will Roger’s Highway and nicknamed “the Mainstreet of America” and “the Mother Road&quot;, this highway was established in 1926 and stretches from Chicago, Illinois to Santa Monica, California. You can just imagine the sense of nostalgia, opportunit, historic value and adventure such a long stretch of road Carrie’s with it. There are many unique stops along the way that are very much worth the visit. Here are 13 of them. 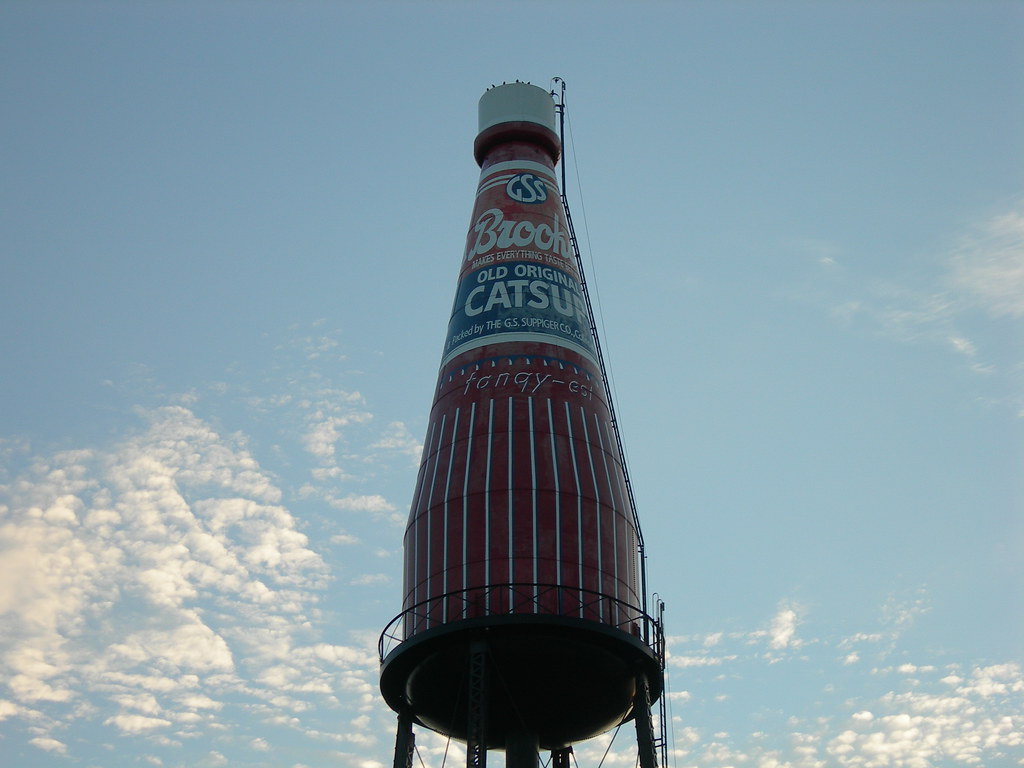 Starting almost at the beginning of the highway, you will be just close enough to  Collinsville, Illinois. But what is so great to see there? Well believe it or not, Collinsville is the home of the world’s largest ketchup bottle. This disguised water tower was built in 1949 and stands 70 feet tall on top of a 100-foot base. Getting lost wouldn’t be a problem as it is so hard to miss. 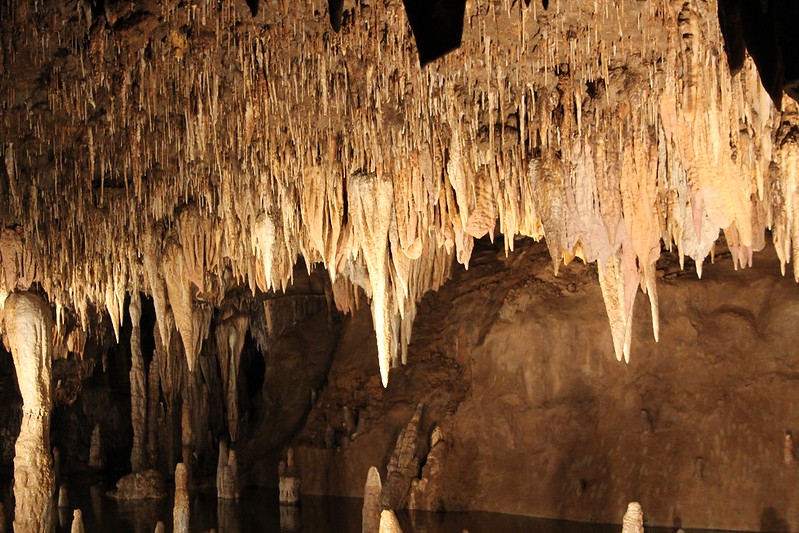 If you are interested in natural wonders, then the Meramec Caverns with their rare, beautiful mineral formations are definitely something you will want to see. Located near Stanton, Missouri these caverns gained popularity thanks to Lester Dill having opened the caves as a tourist attraction in 1935. As an added bonus, right above these caves, you will find LaJolla Natural Park, a picturesque gem you don’t want to miss out on. 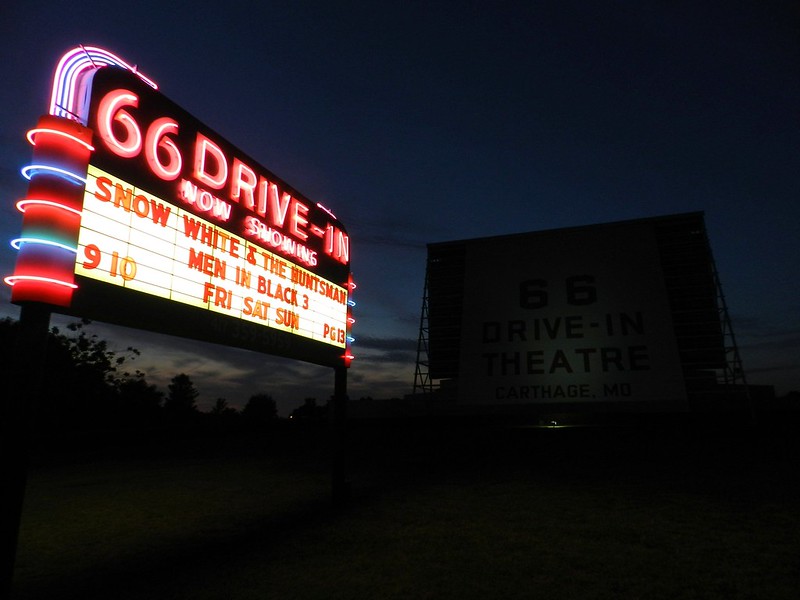 Nostalgia at its finest takes the form of the 66 Drive-in Theatre. In operation since 1949, this drive-in theatre in Carthage, Missouri, brings back memories of fun times once had. Though these types of movie theatres are in decline across the country, 66 Drive-In Theatre remains an icon; a classic where memories continue to be made. 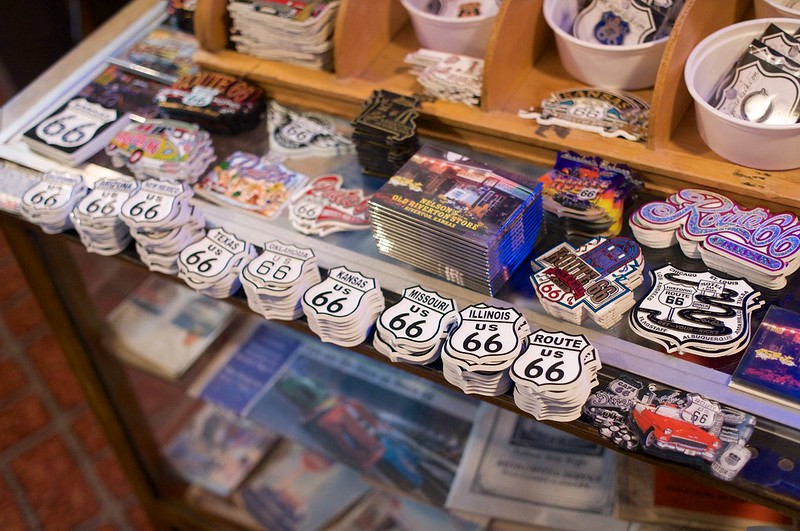 Passing through Kansas? Make a quick stop at Nelson’s Old Riverton Store. Serving as a general store and a Route 66 gift shop, you are sure to find most things you need on your journey. Opened in 1925 and named William’s Store at the time, the store has gone through three name changes and several upgrades. Not all has changed though. You can have a look at one of the store’s original outhouse which still stands on the property. 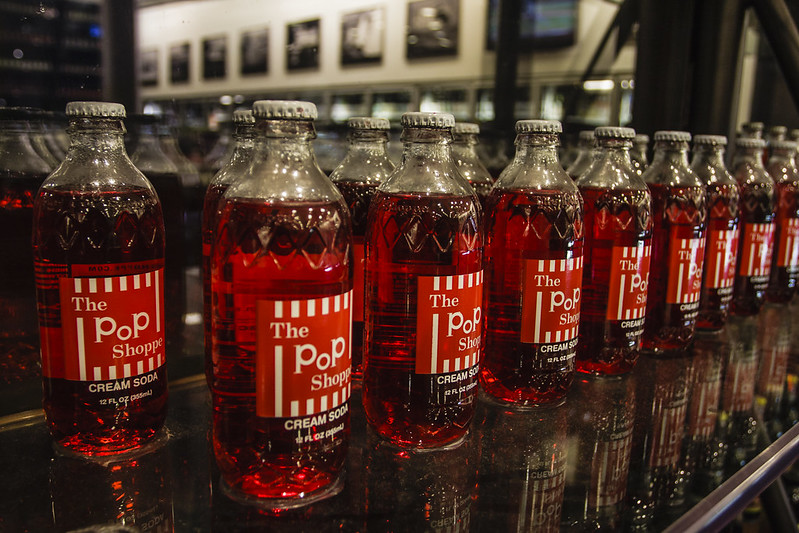 Are you a fan of carbonated beverages? Maybe you’re just really thirsty on your journey and in need of refreshments. Well Pops is definitely one of those places you want to make time for. Located in Arcadia, Oklahoma, travelers have the opportunity to try one or more of its 700 flavors of soda. Sounds absolutely perfect to me. Additionally, the building’s architecture features a 66-foot-tall soda bottle illuminated with multi-colored neon lights. That must be remarkable to see! 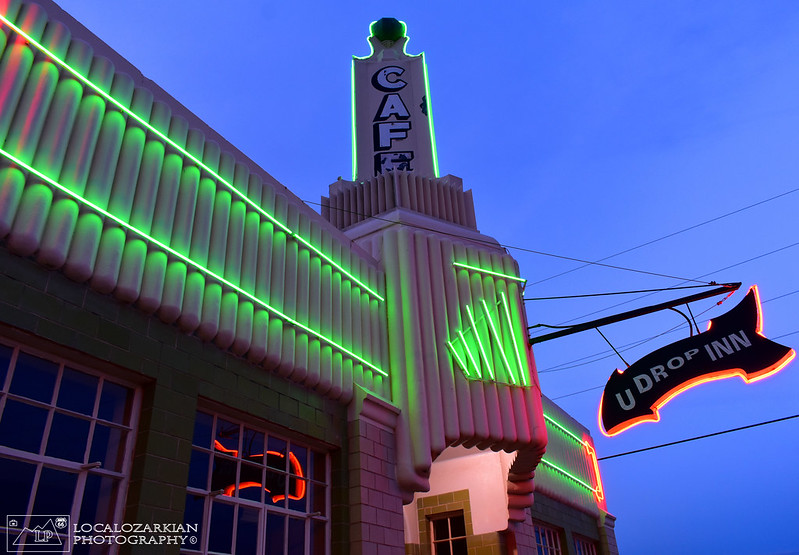 Shamrock, Texas is not only known for its annual St. Patrick’s Day celebration. No, you will also find the U-Drop Inn, an Art Deco masterpiece, converted from a Conoco gas station and cafe. A lot of thought must have gone into such a name actually the came is thanks to a schoolboy who entered a naming contest for the structure. 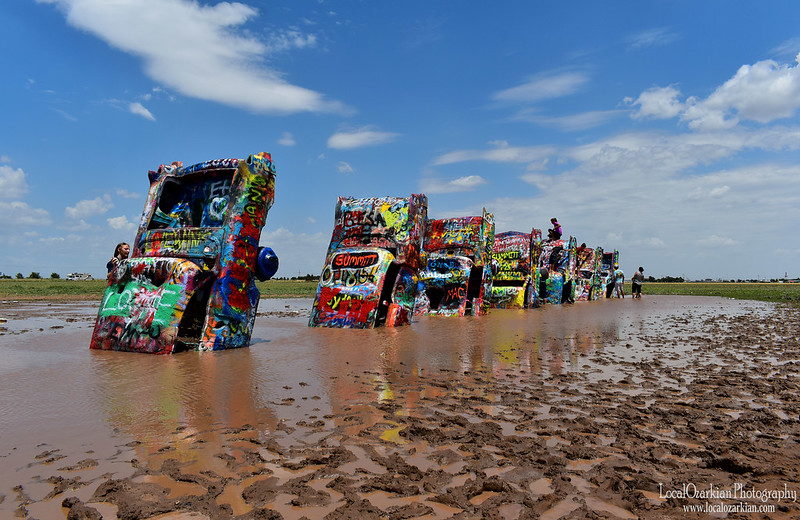 If you’re obsessed with vintage cars like some people, you are really going to love this one. As the name suggests, Cadillac Ranch is an art installation of old painted Cadillacs half-buried in the ground. What makes it even cooler is the fact that the vehicles are placed in the same angle as the sides of the Great Pyramid of Giza. Showcasing the gradual evolution of the car line, this display can be found in Amarillo, Texas. 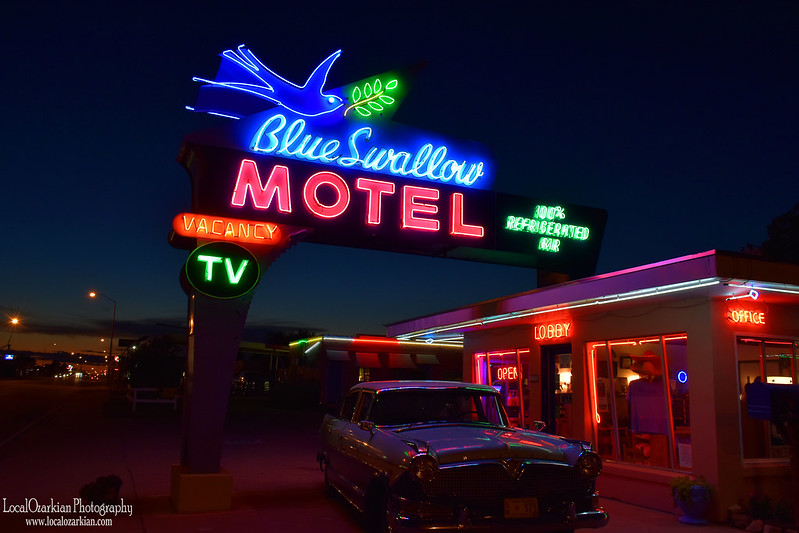 The sights in Tucumcari, New Mexico are quite interesting. Not only would you be delighted to see a souvenir stand in the shape of a teepee or a restaurant shaped like a sombrero but there is also the Blue Swallow Motel. Established in the 1940s, this motel offers visitors a homegrown hospitality you would be hard pressed to find elsewhere coupled with an extra touch of nostalgia owing to the 1939 rotart-dial phones in every room. 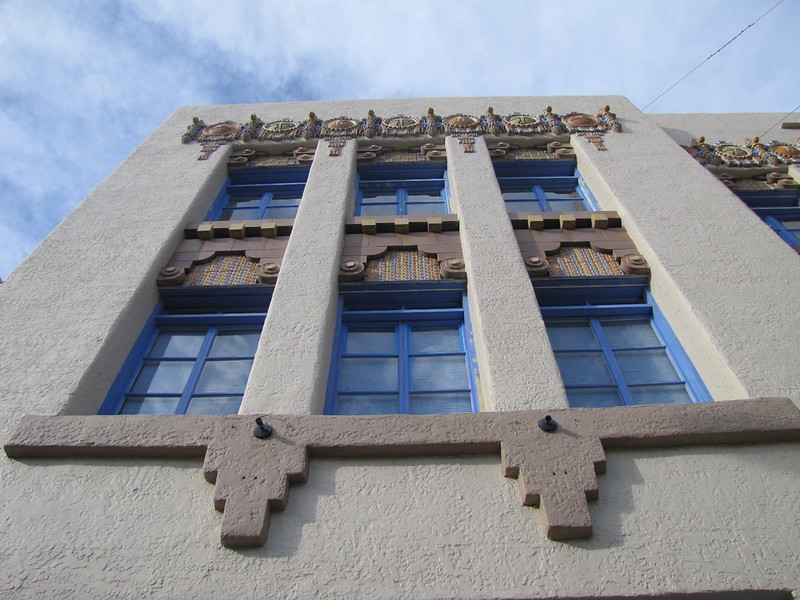 Albuquerque, New Mexico is home to the KiMo Theater, an homage to the three cultural influences of the area: American Indian, Hispanic and Anglo. The design of the theater, known as Pueblo Deco, reflects these influences and its interior features murals of Native American dance scenes, ceiling beams painted to look like logs and rows of buffalo skull wall scenes. The theater is still fully operational so why not stop and take in a movie, a concert or a theatrical performance. 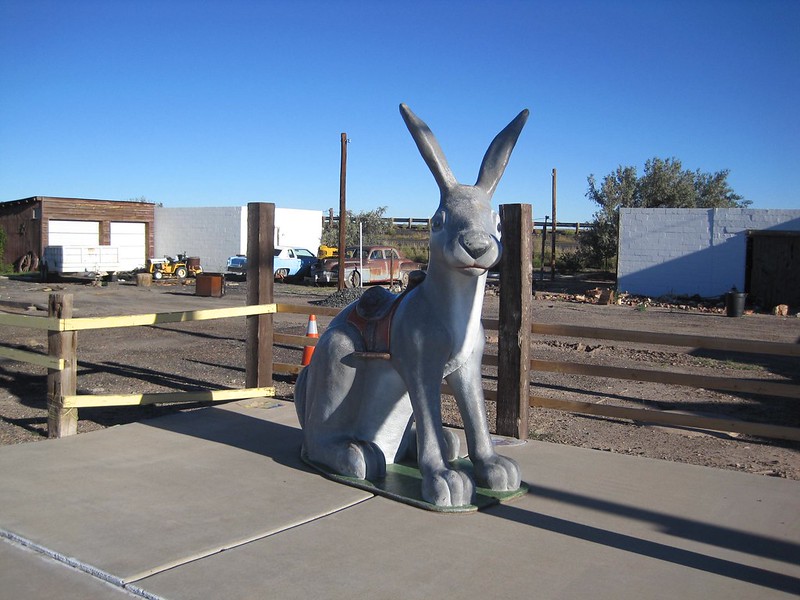 Along Route 66, there are numerous signs; some of them quite funny but none more so than that of the Jack Rabbit Trading Post. This billboard features the silhouette of a jackrabbit with the words “Here It Is&quot;. This sign is one of many directing travellers to this famed convenience store located just outside Joseph City, Arizona. 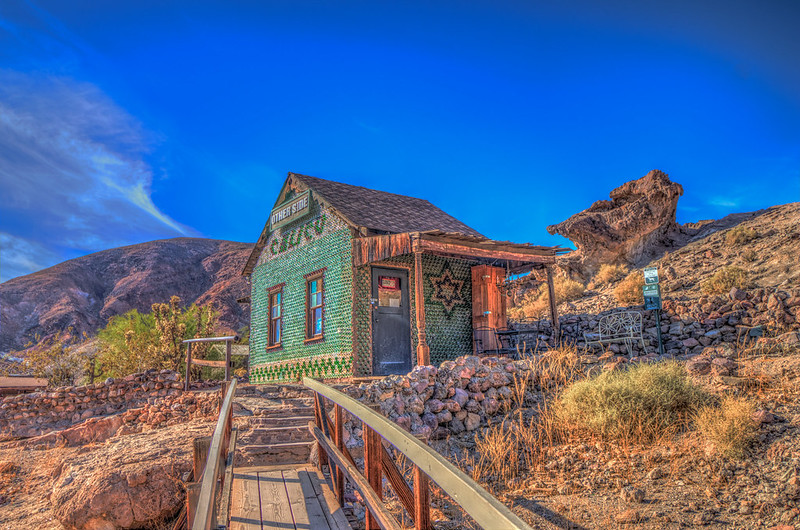 If you have a low tolerance level for the supernatural, then maybe you should skip this one but for those of you who are up for a little adventure, this may be right up your alley. To the north of Dagget, California lies an authentic Old West mining town which dates back to 1881. At the time miners from all around came in search of silver while others still hunted for borax, an ancient mineral used in pottery glazing, fertiliser and detergent. Feel free to explore real mine and see sold West buildings up close. You may even be one of the lucky (or unfortunate, depending on the way you look at it) few to see a ghost. 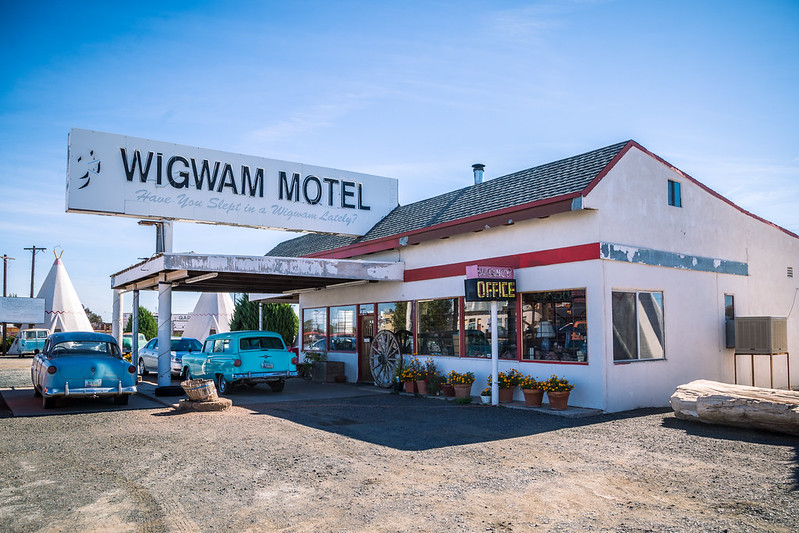 Wigwam Village Motel is just the place to stop if you are in need of a short break. Though far from luxurious, this motel offers accommodation with rooms shaped like Native American teepees. You will find this delightful “village&quot; in Rialto, California. 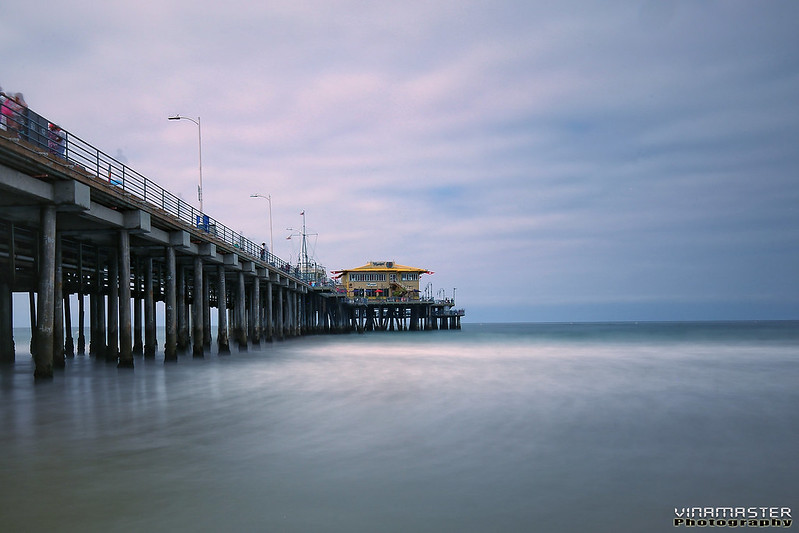 So you made it all the way to our final stop on Route 66, Santa Monica Pier. It isn’t exactly the end of Route 66 but it is not far from and the pier is so much more appealing. Feel free to soak up the sunshine, take a ride on the nine-story Ferris wheel or the five-story roller coaster and grab a bite to eat. With tons of carnival games to choose from you will not be disappointed.