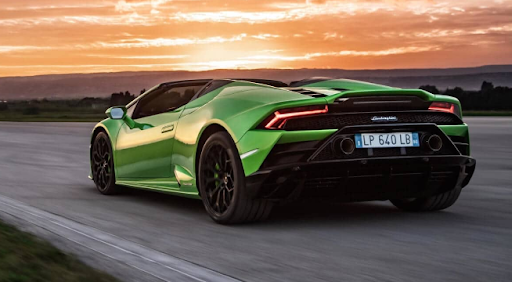 Cars have come a long way with the introduction of some really fast models. Due to the speed and sophistication placed in these autos they have been renamed super cars. Despite speed being a huge factor, other features such as design, handling and extra gadgets make these cars a notch above all others.

Now super cars take all the limelight for themselves as enthusiasts await the next great thing in the automobile arena. These days cars now come with electric motors that propel them as fast if not faster than some of the competition. Then the hybrids, a combination of electric motors and gas engines take their place among them all.

This now means that the super car race has widened to include many more brand names, here are some of the finest for this year so far.

Probably the most anticipated car for this year is the Bugatti La Voiture Noire. This is a one off car that is a tribute to a car from decades ago. The car makes 260 mph top speed and 2.4 seconds in 60 seconds. It has the well-known W16 engine that makes 8000 cc.

There is anticipation that this car could become the fastest production car. However so far, the top speed of the F5 hasn’t been officially confirmed. The top speed is estimated around 311 mph and the car have a V8 engine that produces 7600 cc.

The Chiron is an exceptional car that once held the time for the fastest car. This Bugatti was the highlight of the Bugatti family until the La Voiture Noire. It has the popular W16 engine and a top speed of 261 mph.  Not much is different with this car as the engine is similar.

The Bugatti Divo is another car that will be limited in number; it will only have 40 units made and is a very agile Bugatti. The engine of Divo is similar to other Bugatti models. However the Divo is more agile and faster than the Chiron on the track.

The Zenvo is one of the newbies on the block. It has been around for a few years but has already made an impact. It can make 202 mph and 62 mph in 2.8 seconds. One of its biggest design extras is the aerodynamic capability.

Another relatively new name in the World of super cars is the Aria FXE. It can reach a top speed of 220 mph and 60 mph in 3.1 seconds. The V8 in this car makes 1150 horsepower from a 6200 cc engine. Aria is definitely one to watch in the future.

Lamborghini has been making some incredible cars for decades now. There was time where they had the fastest car on the planet. The Aventador SJV comes in two models, this one is the roadster. It can reach 217 mph and 60 mph in 2.9 seconds and the hardtop does 2.8 seconds.

Ferrari is a household name among many car lovers for decades. Ferrari is probably one of the most sold super cars. The two models of the Pista and Pista Spider look beautiful. Packing 710 horsepower and top speed of 211 mph keeps this bad boy among the best.

McLaren is well known for making some very fast cars and once held the title of the fastest car. The 720 Spider has a reputation to maintain and it will do so. It makes a top speed of 212 mph and reaches 60 mph in 2.9 seconds.

This Lamborghini reaches a top speed of 210 mph and 60 mph in 2.8 seconds. It looks similar to some of the other models before it and is menacing with its 7 shift automatic gear system.

This car will be a limited edition model from Ferrari. Doesn’t it look gorgeous with its slick looking body, just beautiful? This car does 186 mph and reaches 60 mph in 2.9 seconds. It doesn’t just look fast, it is fast.

The Lamborghini Huracan comes in the Evo and Spyder. The two models are very similar and vary very slightly in makeup. The coupe is slightly faster than the Spyder. The coupe does 60 mph in 2.9 seconds whiles the other in 3.1 seconds. They have a top speed of 202 mph.

This Italian maker burst on the scene with a very nice looking super car. It may not be a Ferrari but I am sure many people would drive and own this car. The car can reach 205 mph and 60 mph in 3.2 seconds. It has a V10 that pushes 610 horsepower.

This Ferrari will reach 211 mph and 60 mph in 2.9 seconds. This machine is expected to be a force to reckon with as most Ferraris are known to do. Packing a V8 and 3900 cc twin turbo, it is expected to replace the 488 GTB.

The Hurucan has an even more powerful monster in the Performante. It boasts four wheel drive configuration that gives it even better traction on the road or track, wherever you decide to take it. That is really the only difference to it name sake as it matches in the speed category.

This Corvette reaches an amazing 212 mph top speed and is now the fastest ever model Corvette has ever produced. You will reach 60 mph in 2.85 seconds. This is no small feat for Chevrolet as some of the big names in the game make the same top speed, most Ferraris max out at that number.

The English made car makes an amazing 211 mph top speed and 60 mph in 3.6 seconds. The V12 engine makes 715 horsepower from its 5200 cc engine. The beast will let you run through eight gears of tantalizing fun.

Another American muscle car makes the super car list with 797 horsepower. This helps the Hellcat reach 203 mph and 60 mph in 3.4 seconds. The V8 engine packing 6200 cc makes this car one to fear in many circles.

As seen above super cars continue to dazzle and dominate our roads. For those who can afford them these big toys make for a good time but requires care and commonsense as well. Lots of speed, style and noise means more enjoyment for many. However even more important is due care and attention. Enjoy the ride!