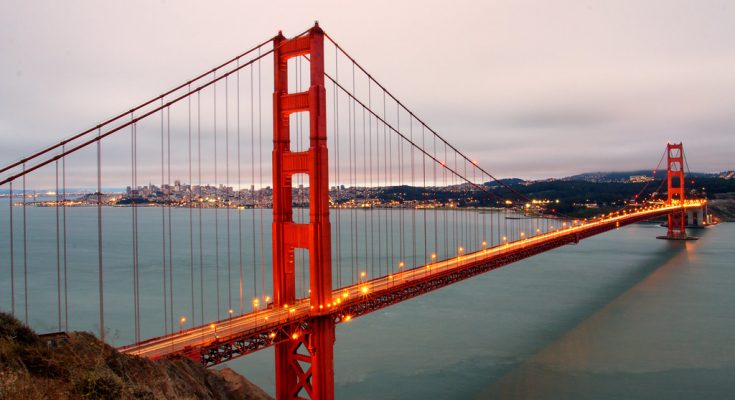 The earth is a pretty vast place comprising seven continents, 195 countries, and thousands of tiny islands and islets. There is so much for us to explore and enjoy. From the highest peak to the lowest valley and even under the sea. You can travel far and wide in search of that perfect spot to share countless memories with friends and family.

But what about your own backyard? What amazing places can be found in your very own country? North America is the third largest continent in the world measuring some 9,540,000 square miles, about half of which is occupied by the United States of America. On such a wide mass of land, you can expect to find quite a few destinations that are definitely must-sees. From the east coast to the west, here are 20 U.S. destinations you must see in your lifetime. 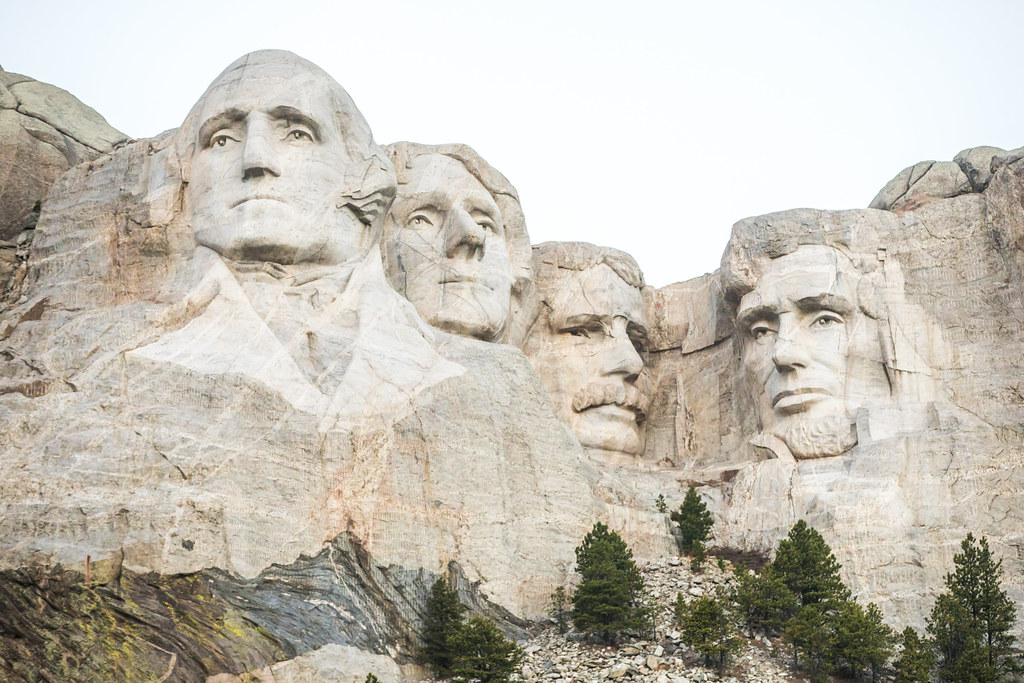 This stunning granite monument chiselled into a mountainside in the Black Hills of Keystone, South Dakota is the boldest embodiment of American ideals in existence. The sculpture which features the faces of four revolutionary U.S. presidents (Thomas Jefferson, George Washington, Theodore Roosevelt and Abraham Lincoln) stands at 60-ft tall as a shrine to democracy. For the best views of the monument, follow the Presidential Trail through the forest or stroll along the Avenue of Flags which represents each U.S. State, commonwealth, district and territory. 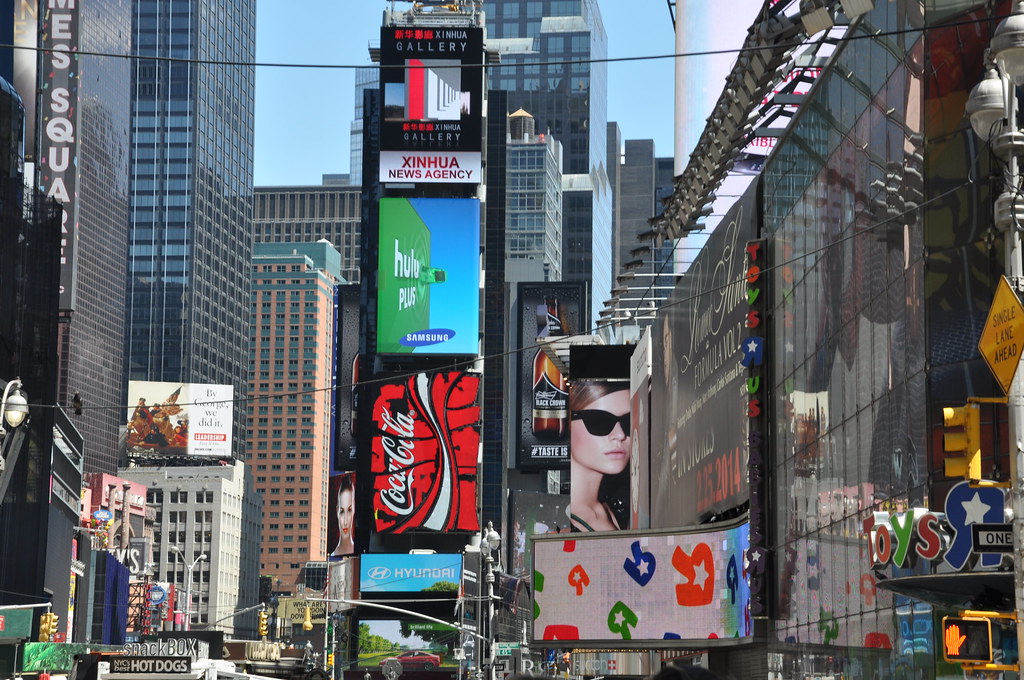 We cannot talk about must-see places in the United States without a trip to the concrete jungle that is New York City. And of course, what is New York City without taking in the frantic rush, towering buildings, blaring ads and colourful signs of Times Square. There, expect to find throngs of eager tourists from all corners of the earth giddy with excitement and surrounded by excess, consumerism and spectacle. This glowing, neon “world within a world” truly never sleeps. Some people may find this overwhelming while others may find it exhilarating but Times Squares is one place with something for everyone. Gwen Stefani once said, “Act as young as you feel. You’re not getting older; you’re getting more entitled to be your fabulous self”. To be honest, this belief should be the ethos of Walt Disney World because this organisation has done an excellent job in making each of us feel like a kid again. It doesn’t matter your age, the Magic Kingdom welcomes you to its dream world. Take a moment to step away from reality and immerse yourself in fantasy where Mickey Mouse and Cinderella roam freely and thrilling rides take you on an exciting journey. Expect to stand in long lines, though. This can be avoided by purchasing a Fast Pass which allows you to secure arrival times for rides and attractions in advance. 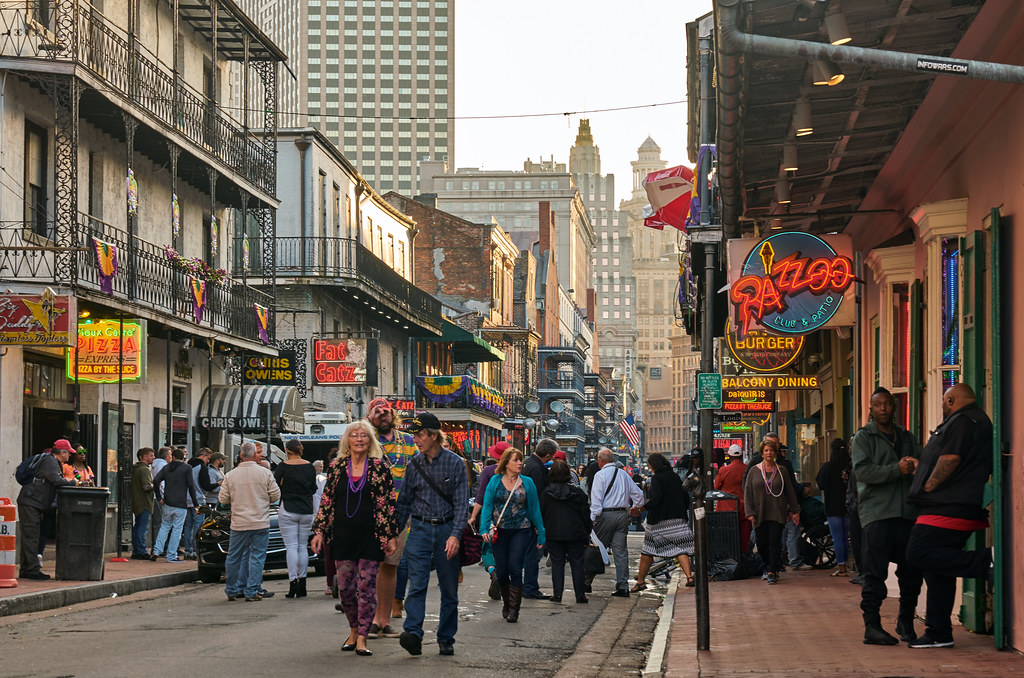 Steeped in spooky superstitions surrounding witchcraft, ghosts and voodooism the French Quarter of New Orleans is a vibrant collage of textures featuring cobblestone corridors, lush courtyard gardens and wrought-iron balconies. The city has a rich history and is a melting pot of musical genres: jazz, blues, classic rock ‘n’ roll and electronic dance. Take in the jubilation of the surrounding crowds and try some of the local delicacies; this is an American icon that you don’t want to miss out on. 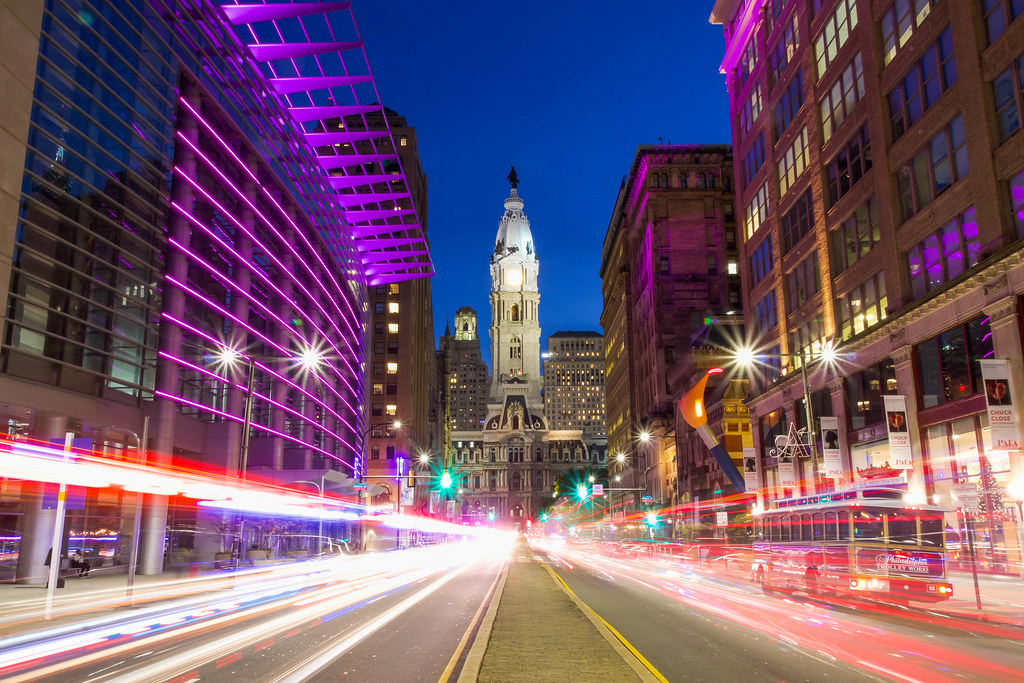 visit to Philadelphia, the city most steeped in American History, would not be complete without taking the grandeur of its city hall. On top stands a 37-foot tall bronze statue of William Penn as he gazes across at the streets of this beloved city. Until 1987, it was the tallest building in Philly and to this day remains the largest city hall in America. Its size and sheer magnitude is a testament to the fortitude of America. 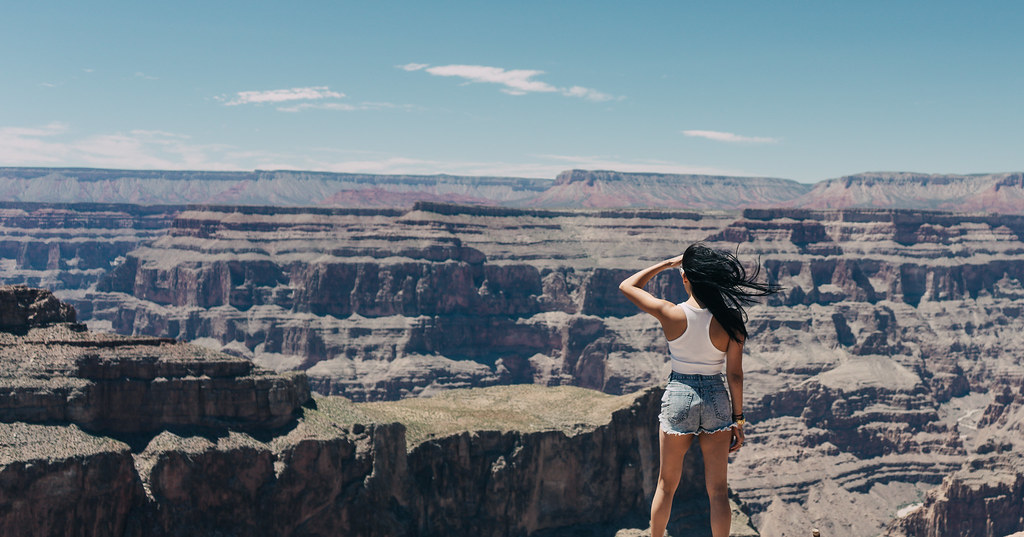 Looking across the great expanse of Arizona’s Grand Canyon, you will understand why it definitely makes our list. It is an American icon, representing the serene ruggedness of the country. From the towering volcanic features and sandstone canyon walls to the 227-mile wild Colorado River that snakes along a swift southwestern course, the Grand Canyon is a sight to behold. Stunning vistas and fun activities await all who venture there. Having gained its title of National Park in 1919, this year is its centennial celebration. 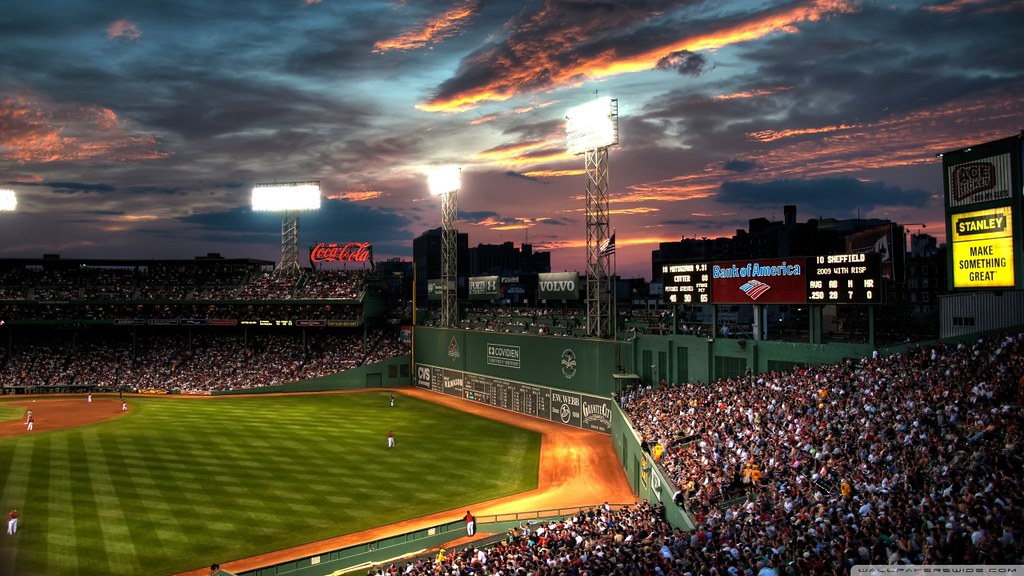 The oldest Major League Baseball ballpark in the country has been home to the Boston Red Sox since 1912. Be in the presence of rich history and sheer greatness, knowing that baseball legends Babe Ruth, Ted Williams and Carl Yastrzemski all stepped up to bat here. Baseball stays at the heart of American sport and Fenway Park is a mecca for fans of baseball. 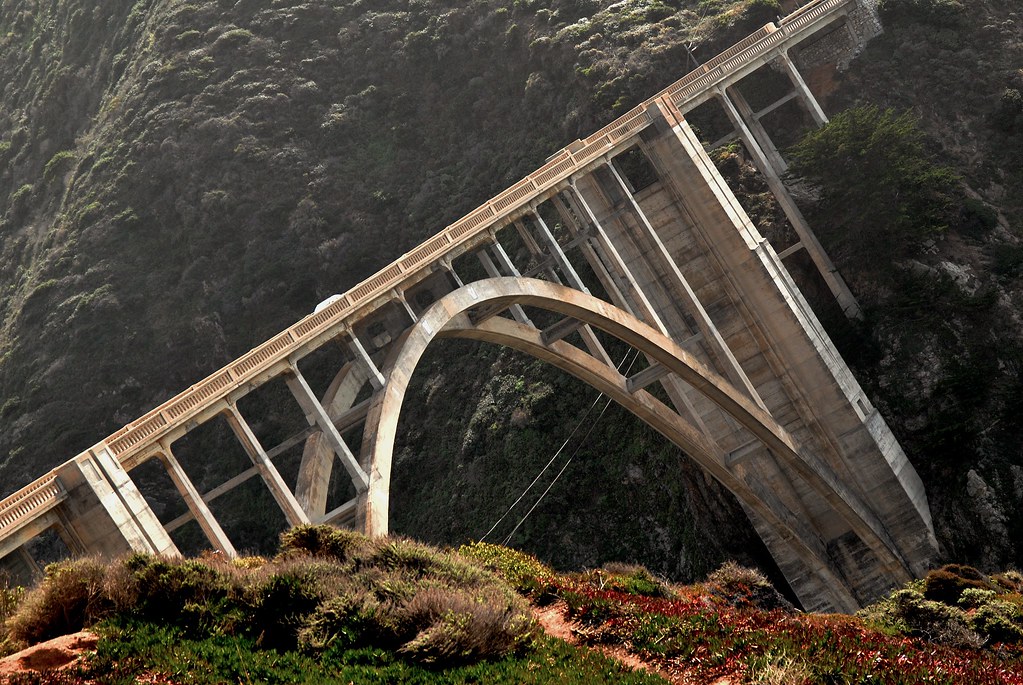 When we think California, first thing that comes to mind is Sun, Sea and Sand but Big Sur is proof that there is so much more to offer. Fields of wildflowers, cliffside vistas, hiking trails through Los Padres National Forest, and idyllic beaches from which whales and seals can be seen, are just some of the spectacular sights and activities when visiting Big Sur. Described as “the longest stretch of undeveloped coastline in the contiguous United States, it is a popular destination for millions of people each year. 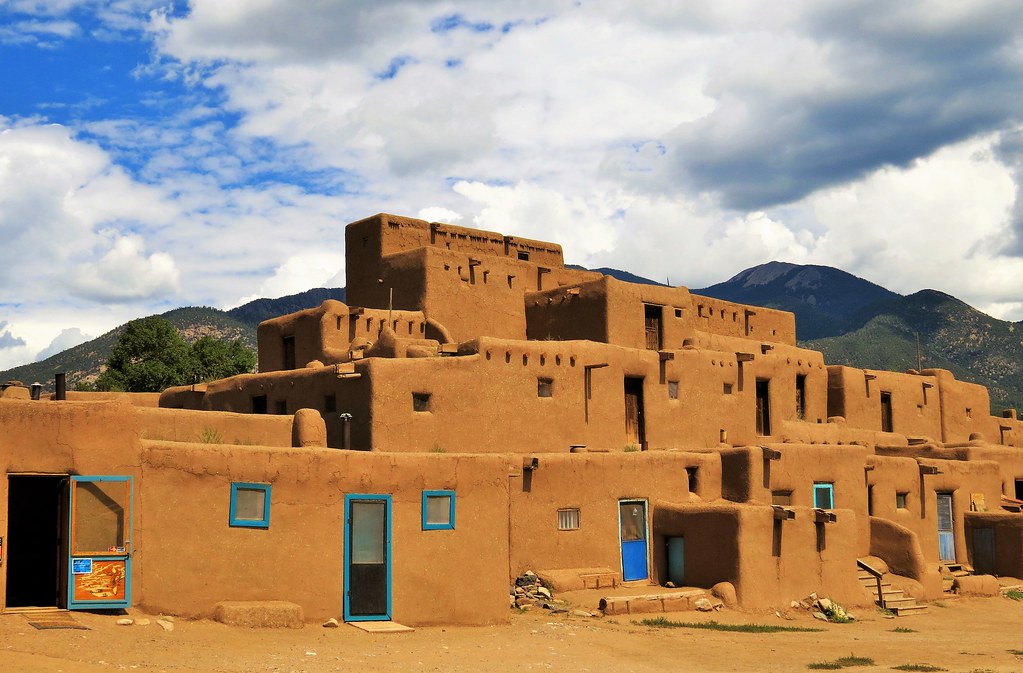 This UNESCO World Heritage Site in Taos, New Mexico features multi-storey, mud-and-straw adobes owned by Tiwa-speaking Native Americans for centuries. As if frozen in time, the town appears much as it did when Spanish explorers arrived in the area in 1540: true homage to the traditional Native American way of life. 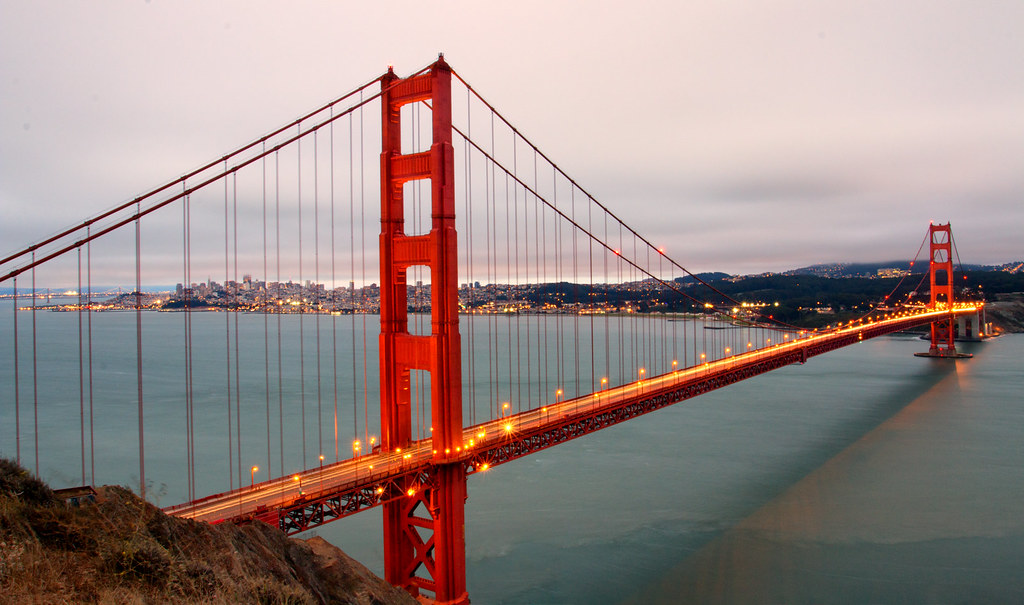 Another American icon is the Golden Gate Bridge in San Francisco. A spectacular representation of architectural genius, this 1.7-mile long art deco suspension bridge links San Francisco and Marin County. It was built to withstand both high winds and earthquakes but its true power lies within its views of the San Francisco skyline and bay islands. 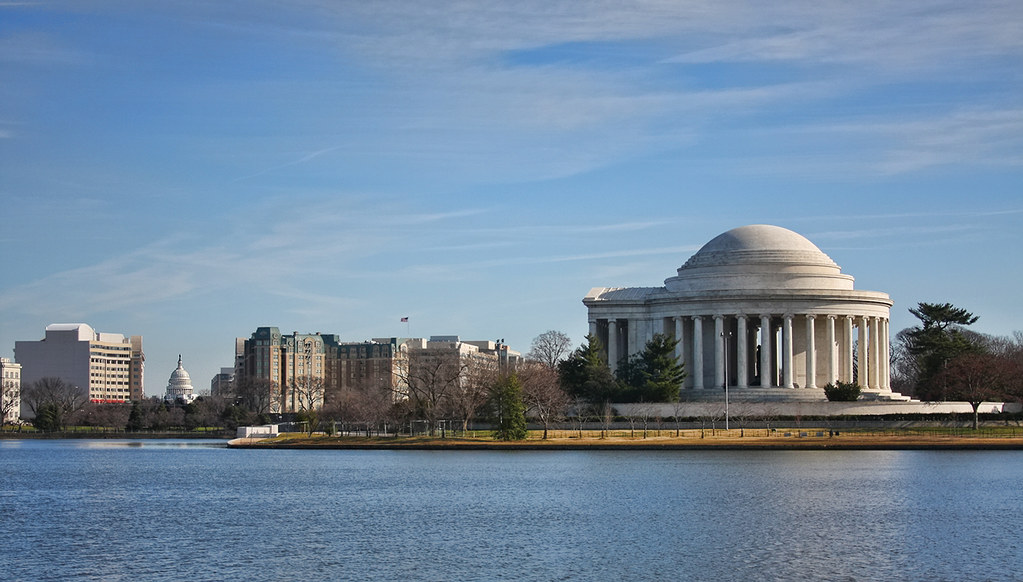 With a city as rich in history as is Washington, D.C., one may become overwhelmed by the number of iconic American monuments to visit. But if you only had time to see just one, our suggestion would be to head to the Thomas Jefferson Memorial. Featuring a stately, domed, marble roof and commanding columns, this structure would be hard to miss. After a walk around, why not stop for a rest and a bit of lunch on the graceful steps overlooking the Potomac. As one of the founding fathers, author of the Declaration of Independence and the third President of the United States, this beautiful memorial encapsulates the American spirit. 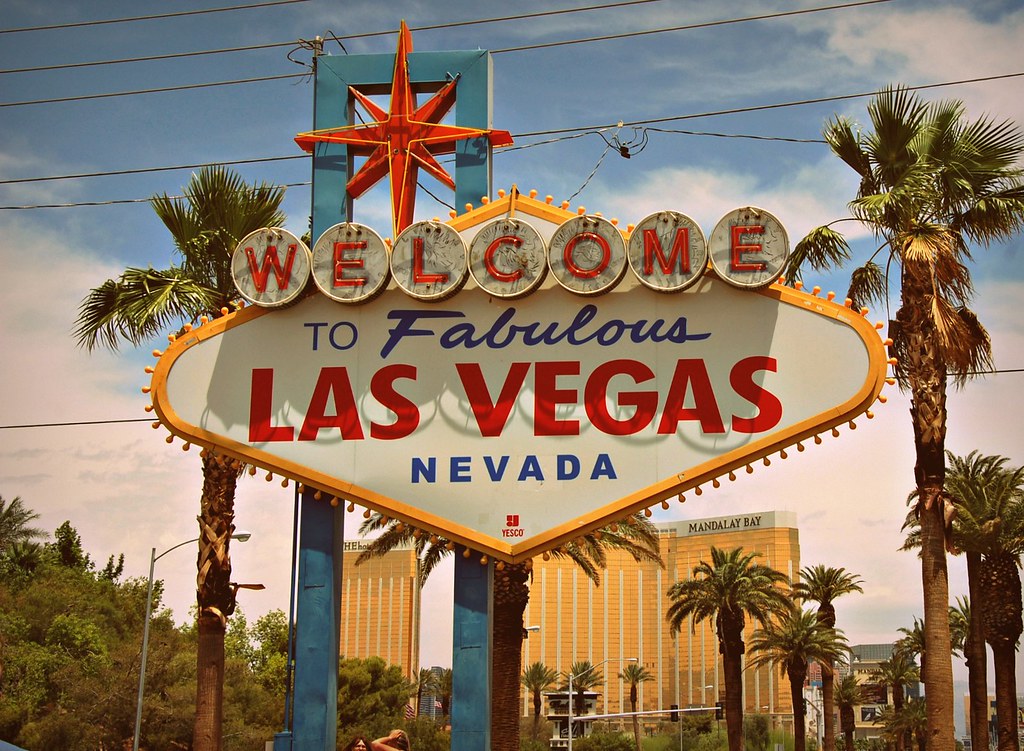 A visit to the Las Vegas strip is a must-see or must-do in its own right but one can’t simply visit this city without stopping for a photo-op in front of its iconic 50s-style sign. This flashy, diamond-shaped spectacle is a testament to the Vegas spirit, filling each visitor with excitement as it comes into view. 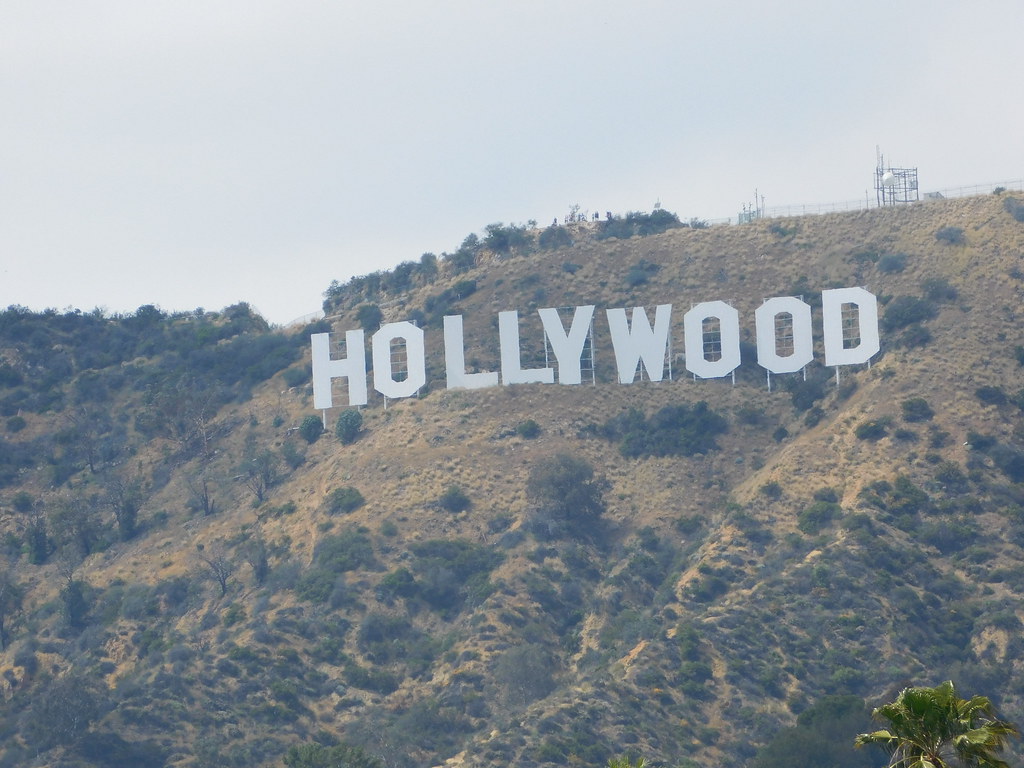 Now if we’re talking iconic landmarks and signage, it would be amiss not to mention the Hollywood sign in Los Angeles. This 50-foot, fluorescent white sig has been perched on the Hollywood Hills since 1923 and can be seen featured in many movies and TV shows. You would be hard pressed to find another which encompasses so truly the history, emotions and mythology of the American film industry. 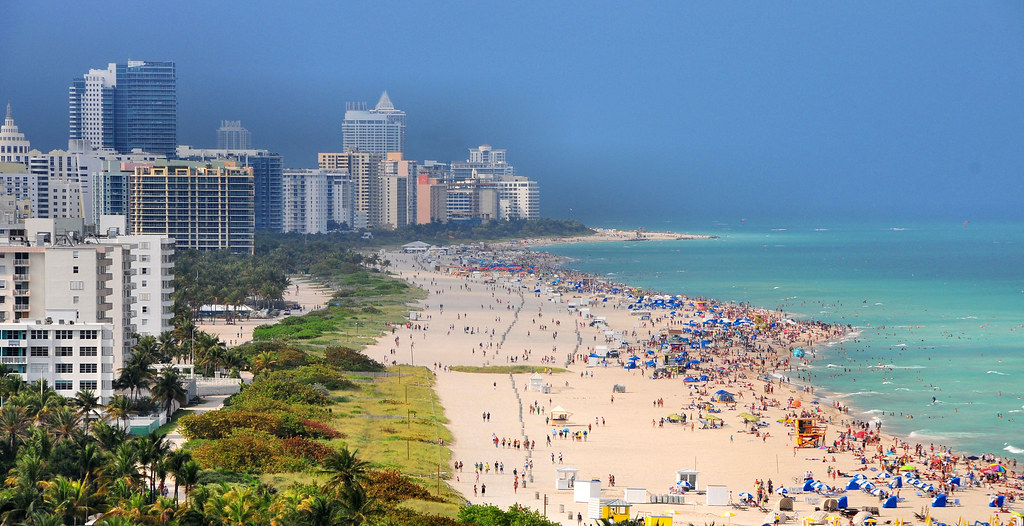 Picture long stretches of golden sand running adjacent to the Atlantic Ocean and bedecked with the bronzed, chiselled bodies of sun bathers, muscled cyclists and beautifully-styled patrons lounging in nearby café chairs. This is South Beach in all its glory. Towering palm trees sway gently in the wind as they overlook the turquoise water. Paradise? We think so! Looking down from above, this natural wonder resembles a giant aquamarine pool. It is actually the largest hot spring in the United States and third largest of its kind in the world. Its beautiful techni-colour blue hue and other host of colours are as a result of bacteria which form its yellow and orange rings. Yellowstone itself is such a stunning beauty but if there’s one thing that you definitely have to experience, is the Grand Prismatic Spring. 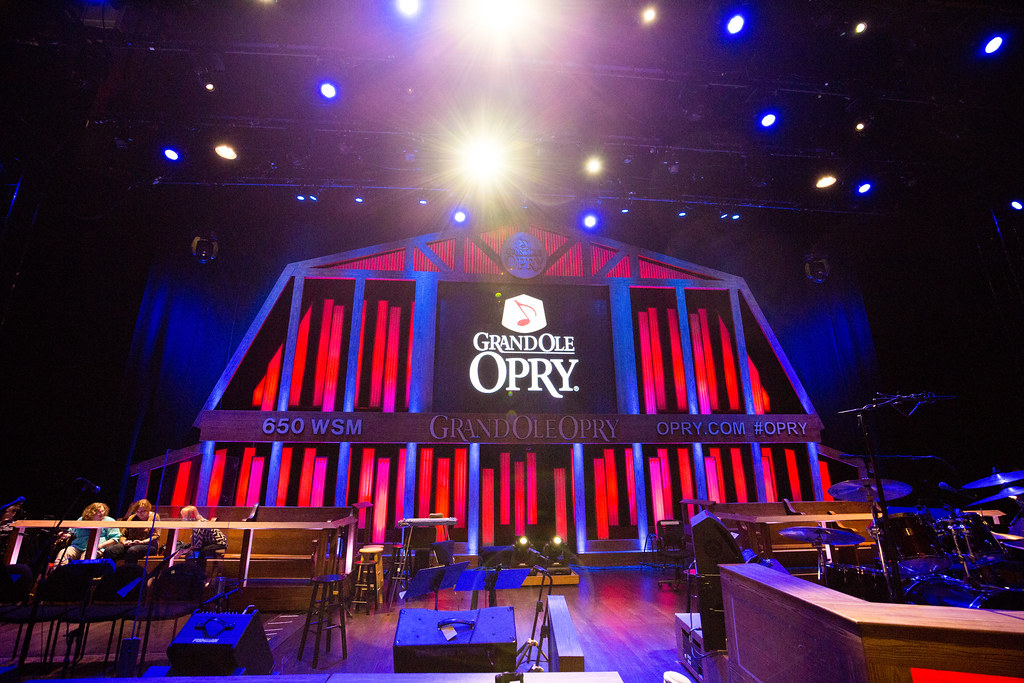 Another landmark on the music scene is the Grand Ole Opry in Nashville. Labelled as “country music’s most famous stage” and “the birthplace of American music” it sees countless eager music fans year after year. From its first show in 1925, a journey began right up to the legacy it is today. Why not tour the behind-the-scenes action or take in a live performance while you’re there? 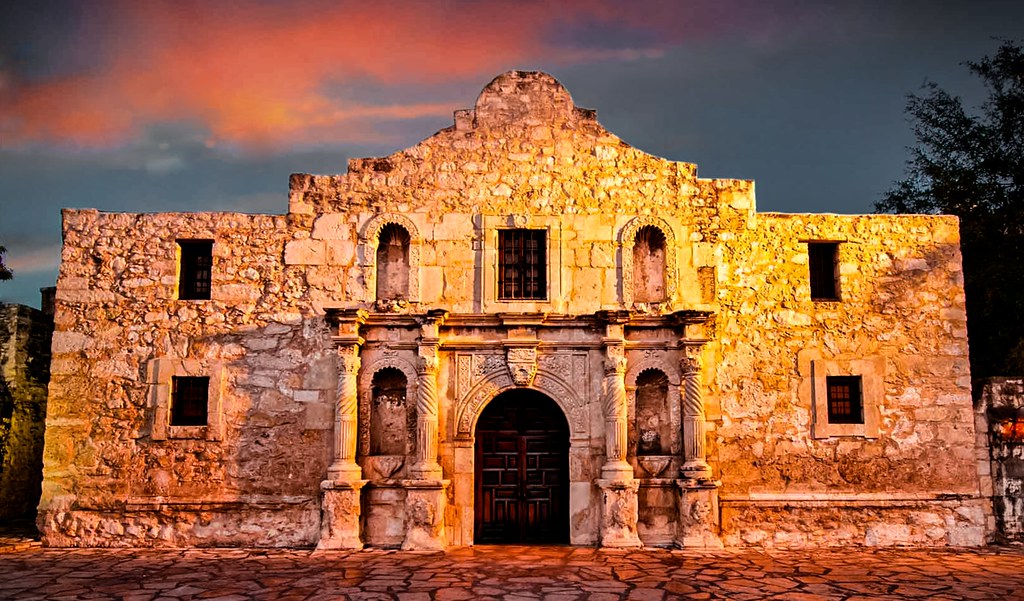 The Mision San Antonio de Valera as it was originally known is the Roman Catholic mission which took centre stage during the Battle of the Alamo in 1836. The battle itself lasted 13 days but the legacy of this little fortress which came to be called “the Alamo” lives on. All are welcome to explore the Alamo Church and its grounds free of charge but if you can afford a small fee, you can join one of the interactive tours or rent an audio guide to really enhance the experience. 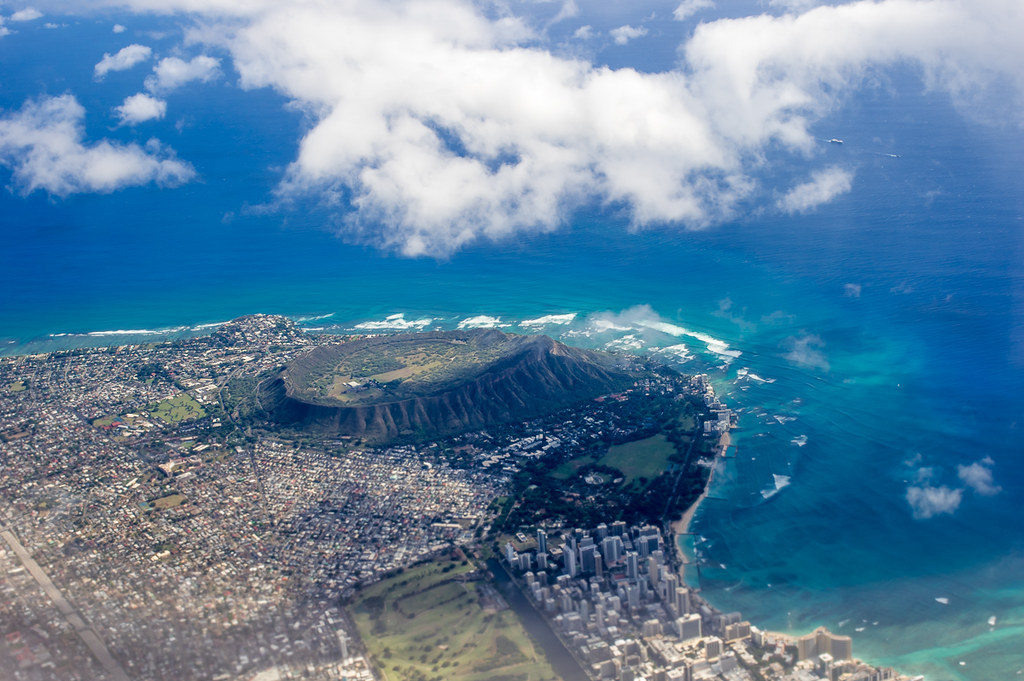 Looking for a bit of an adventure? How about one that is bound to leave u breathless but at the same time, in awe of the splendour that lies before you? To reach the top of this 300,000-year old crater, it’s a but of a trek but the views from the summit are spectacular. Once used as a lookout by the U.S. military to prevent attacks on the island, it is no wonder that it’s said to offer the best views of Hawaii. The remnants of military occupation are still visible today at the top of Diamond Head State Monument in the form of abandoned bunkers but they do allow for a perfect platform for whale watching during humpback season. 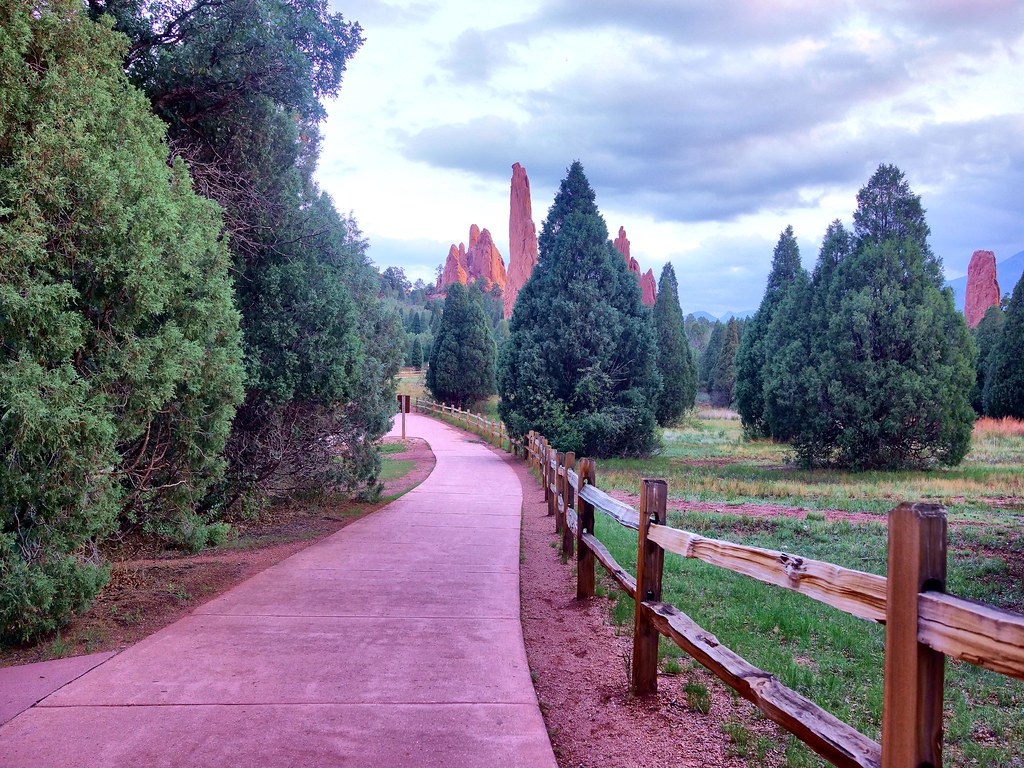 With a name like Garden of the Gods, you can expect to see something absolutely amazing and this national natural landmark does not disappoint. Its vibrant, red rock formations defy geology with their monumental size and artistic shapes. Naturally formed by the eroding of stone by the elements over 300 million years, the Three Graces, the Siamese Twins and the Kissing Camels are just a few of the highlights of the park. It is open to the public everyday between the hours of 5 a.m. and 9 p.m. for hiking, biking climbing and guided walks with park rangers. 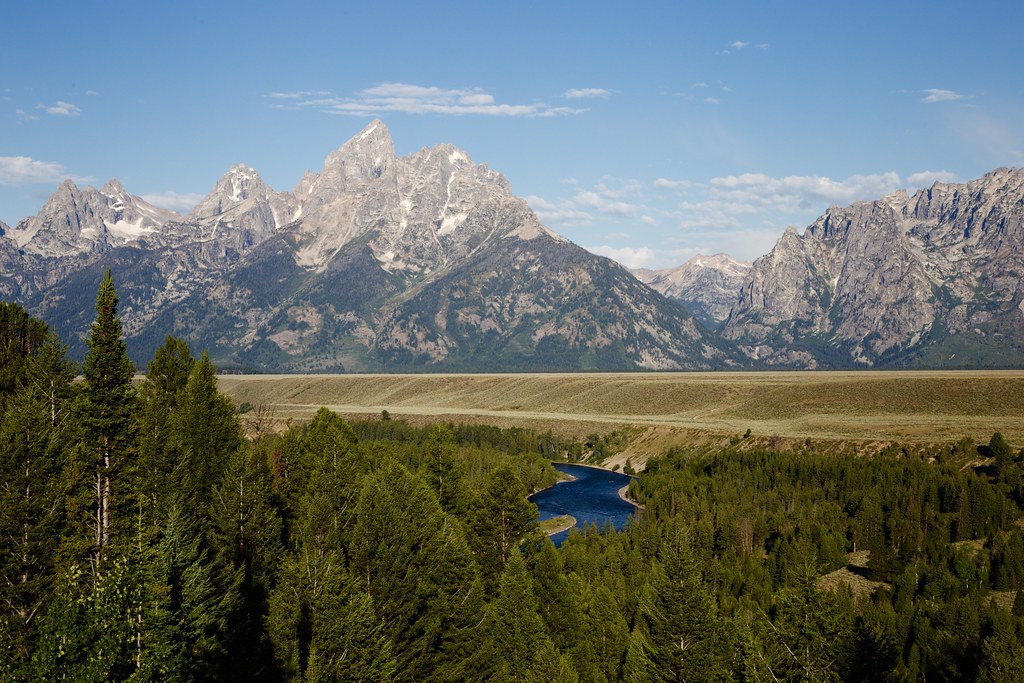 Ever looked a painting of the great outback and wonder, “Wow, that’s so beautiful. I wish I could see something like that.” Well, we have an absolute gen for you. This beautiful national park features rugged, snowcapped peaks, lush green fields, a variety of lakes and the iconic animals of the American west roaming free. Ever seen elk, bears, or bald eagles? Well this is the perfect opportunity to do so. This unforgettable, awe-inspiring landscape is definitely a must-see in our books.