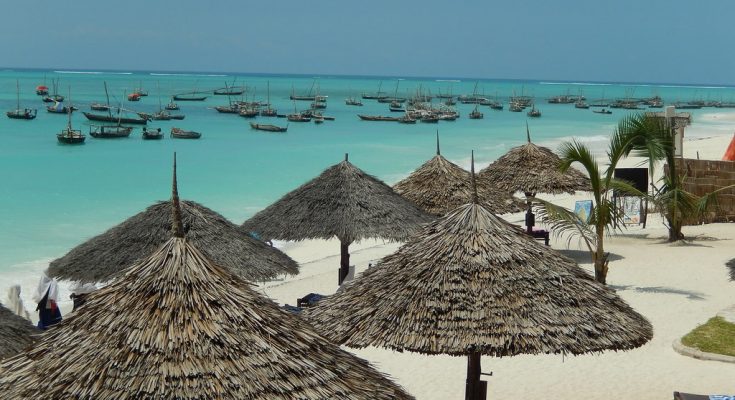 It is an unfortunate circumstance and a by-product of the current worldwide climate that travel is seen as risky and quite frankly, dangerous. With the rise of violent extremism and instances of terrorism, specifically targeting tourist sites and vacation spots, there is widespread fear of the unknown. Remote destinations, foreign cultures and people, and an array of unfamiliar cuisine can all be deterrents to some people from venturing outside the bubble they have created in their minds. But for those well-traveled persons, it is clear that the fear some people exhibit towards unfamiliar things is unwarranted. The world is an amazing place with sites beyond your imagination and people who are welcoming and hospitable.

Why put a limit to your experiences? Free yourself of stifling beliefs and escape the monotony of everyday life. Transform your thinking and rejuvenate your soul. There are so many mind-blowing places to see and memorable experiences to be had. Here are 20 of most inspiring places around the world: 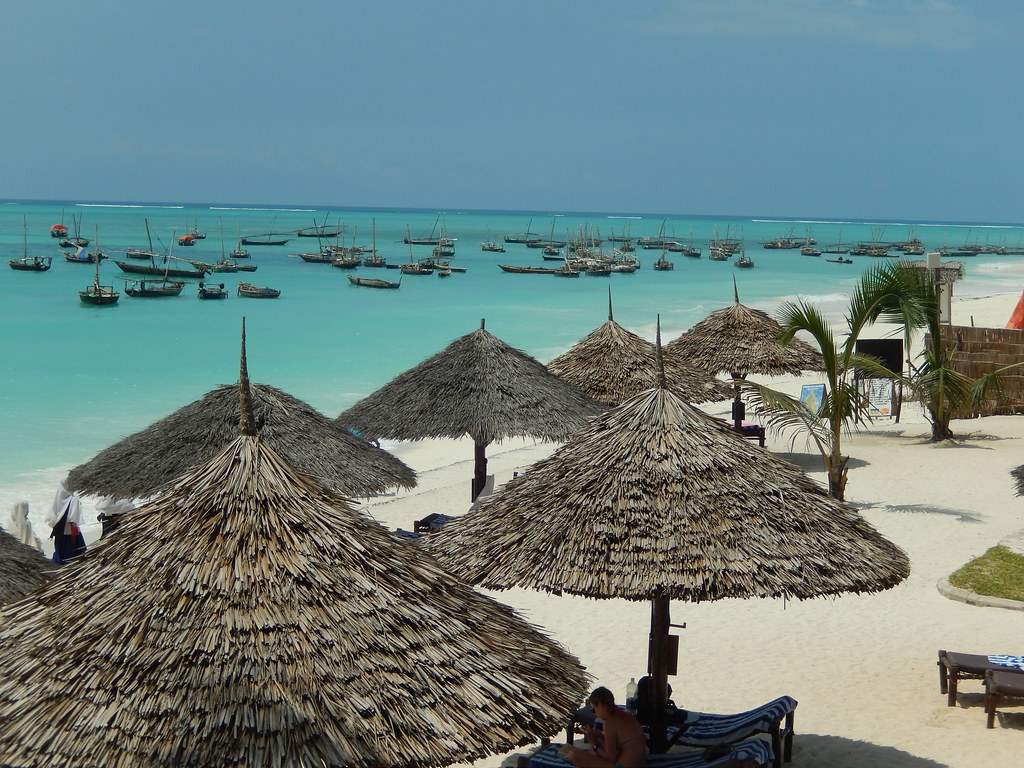 This archipelago of stunning tropical islands is located off the coast of Tanzania in the Indian Ocean. Consisting of 3 main populated islands, a coral island designated mainly for the breeding of seabirds and several smaller islets, Zanzibar is the perfect romantic escape. You can take part in trekking expeditions and safaris or explore the numerous smaller islets that surround the mainland. If you are up for it, join a team of skilled and novice climbers as they ascend Mount Kilimanjaro, the highest peak in Africa. 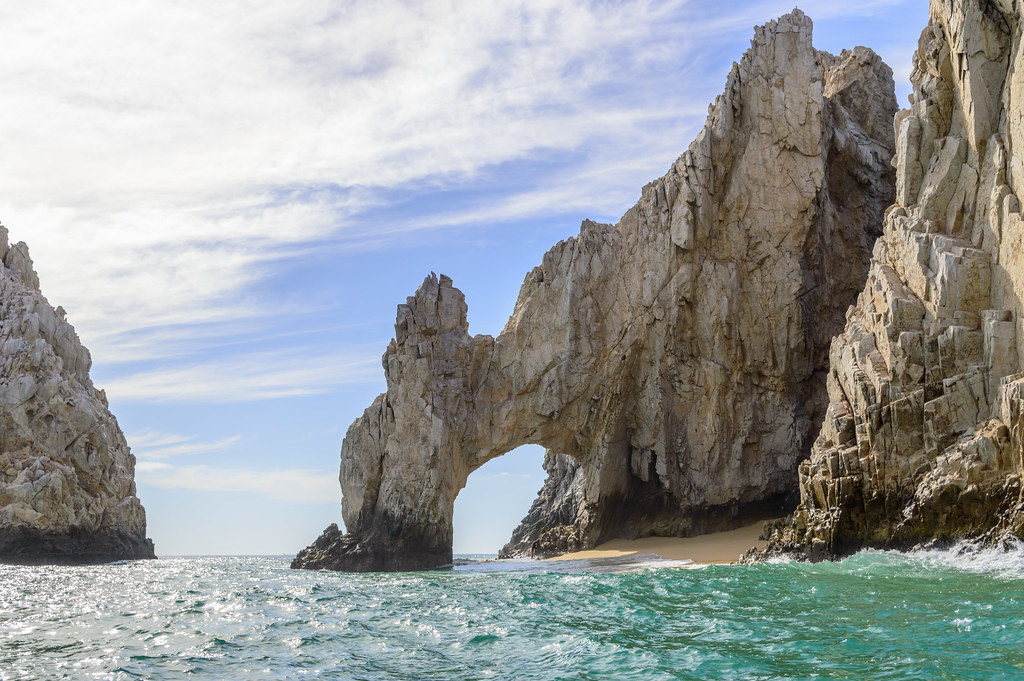 As the second longest peninsula in the world, measuring 1,247 km (775 miles), the Baja California Peninsula has so much to offer. Separating the Pacific Ocean from the Gulf of California, this peninsula is a geological landmine with volcanoes, mountains, deserts, capes and beaches. This destination would be perfect for unwinding. Why not take in a
beautiful sunset or walk through the many canyons sprawled beneath the diamond sky? Drink in hand and the expanse of the Pacific Ocean before you? What could be better! 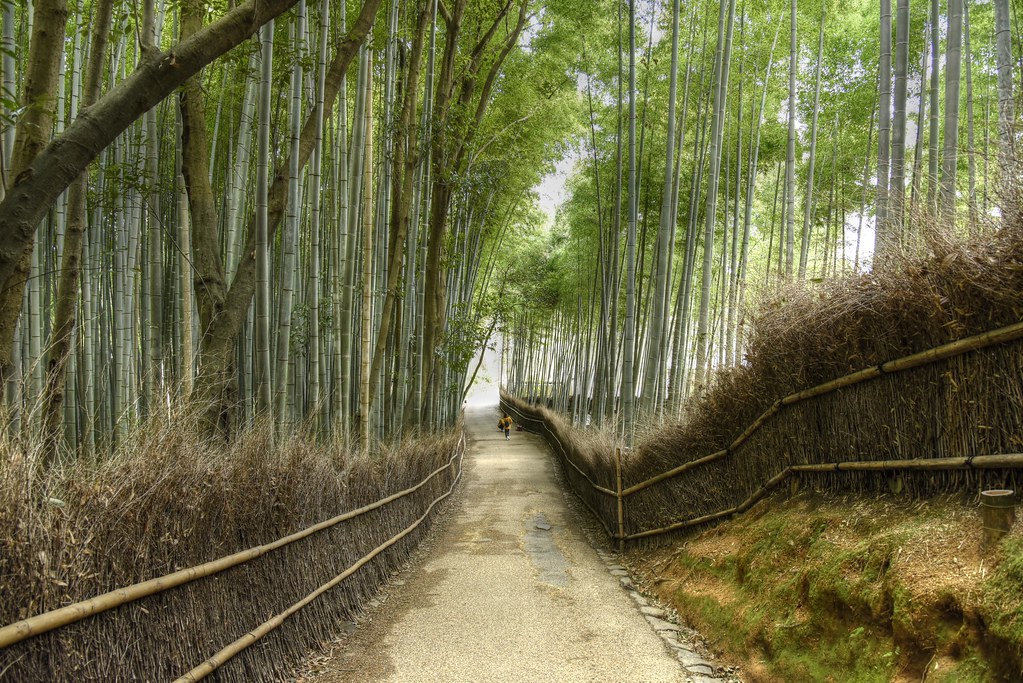 Deemed as Kyoto&#39;s second-most important sightseeing district, Arashiyama is home to numerous temples and shrines. Its star attraction though is the world-renowned Arashiyama Bamboo Grove. Tucked away at the base of the Arashiyama Mountains to the far west of Kyoto, you will not regret the minimum 30 minutes it will take to get to this destination. With a plethora of things to see and do, you won’t know where to start. From quaint restaurants and small shops to the bamboo groves and pleasure boat rides, Arashiyama has something for everyone. The best time to visit would be at the beginning of April and in the middle of fall offering the perfect mix of fall colours and cherry blossoms. If you happen to make it there in December, you will be amazed at the stunning lantern illumination. 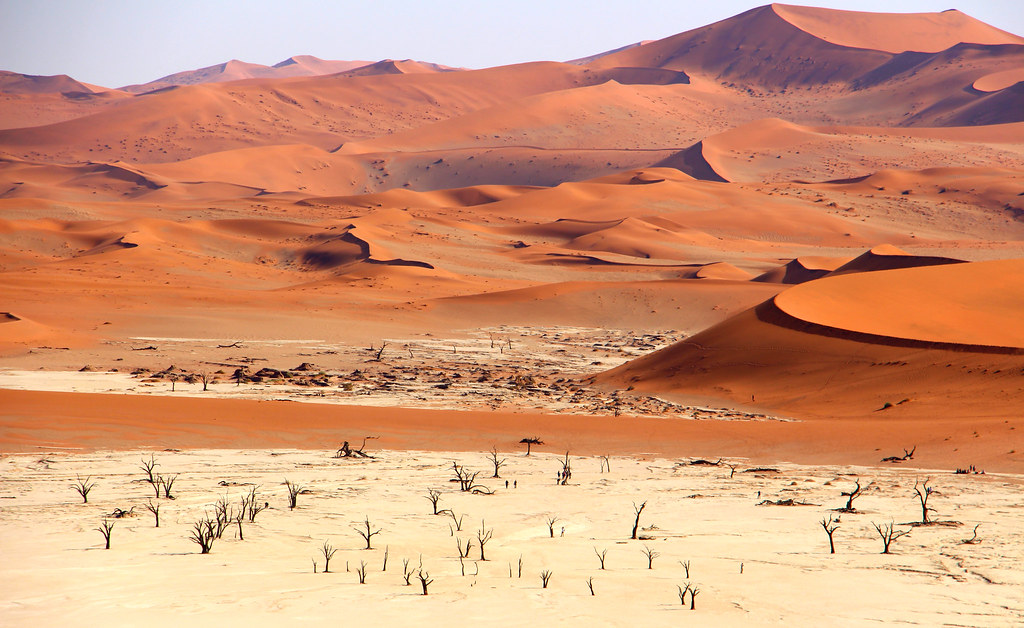 Situated in the southern part of the Namib Desert, a conservation area in Namibia, Soussusvlei is a salt and clay pan, characterised by high sand dunes of varying pink-to- orange colour. The older the dune, the redder the sand! Open to the public year round, you will be able to see some of the highest dunes in the world measuring 400 meters high. If you have a knack for photography, why not test your skills at this amazing location. Capture magnificent images in both the morning and evening light. 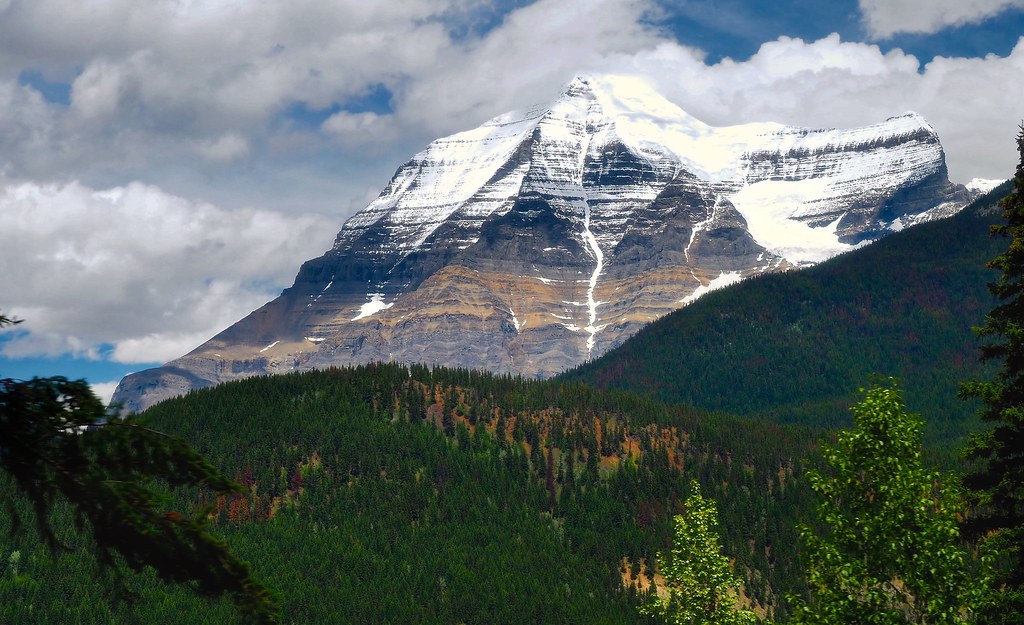 Ever wondered what the backbone of America was? Well we don’t know about the backbone but the Rocky Mountains is described as the spine of the continent measuring some 4,800 km long and 563 km wide, snaking its way from the northern-most part of British Columbia in western Canada to New Mexico in the southwestern part of the United States. This mountain range runs through several US states including Utah, Colorado, Wyoming and Montana and as a result boasts many attractions and activities for tourists to see and do. 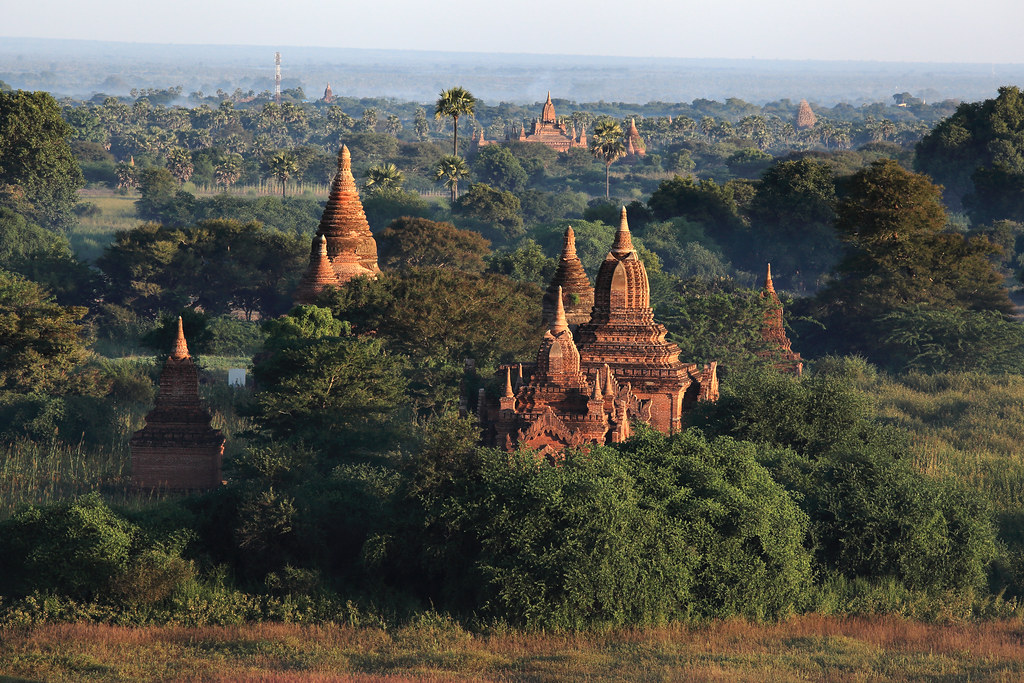 Are you looking for that perfect sunrise or sunset experience? Then the ancient city of Bagan in central Myanmar (formerly Burma) may be worth a try. Featuring over 2,000 Buddhist monuments, temples and pagodas towering over green plains, Bagan is filled with architectural marvels. Once the capital of the kingdom between the ninth and thirteenth centuries, the Bagan Museum holds many rare artefacts from this time period. 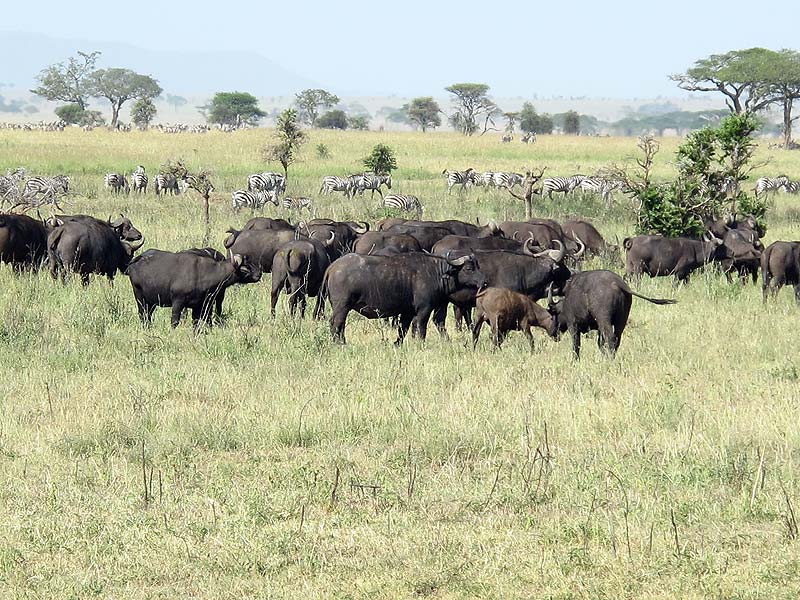 Meaning “endless plains&quot; in the Massai language, the Serengeti is a vast ecosystem stretching from northern Tanzania and extending to southwest Kenya. This geographical area spans approximately 30,000 km² and is named among the Seven Wonders of the World and the Ten Natural Wonders of the World. The Serengeti Park hosts the second largest terrestrial mammal migration in the world and as such is ideal for safari expeditions. Grab your hat and your camera! Renowned for its large lion population, you are guaranteed to capture some wonderful photographs of these magnificent beasts in their natural habitat. 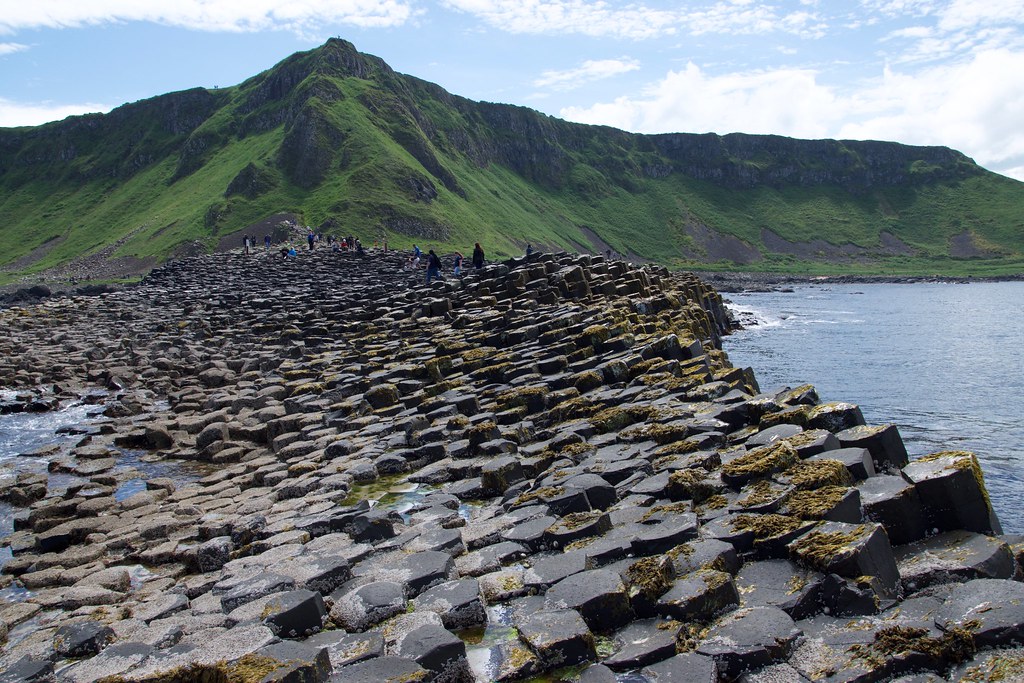 Located in Northern Ireland, this UNESCO World Heritage site is an area featuring about 40,000 layered basalt polygons columns. This natural wonders are as a result of an ancient volcanic fissure eruption. As is expected this phenomenon has continued to attract visitors year after year with the seabird populations of razorbill, fulmar, and petral gaining much attention. This is definitely a place to add to your list of destinations to visit. 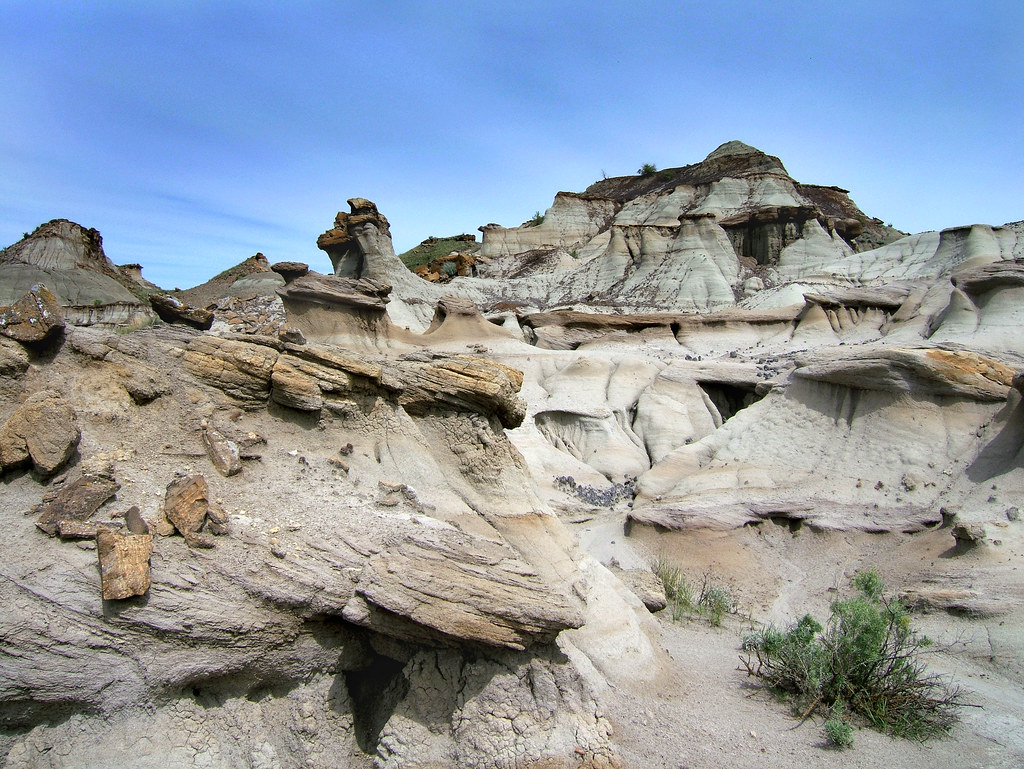 Dinosaurs!!!!! How exciting! Although these prehistoric creatures roamed the earth millions of years ago, evidence of their existence still remains today. Many archaeological finds have recovered the fossils of dinosaurs, some of which can be seen at Dinosaur Provincial Park. Regarded as the best place to witness these ancient bones, this park, situated 48km away from Calgary is worth a visit. 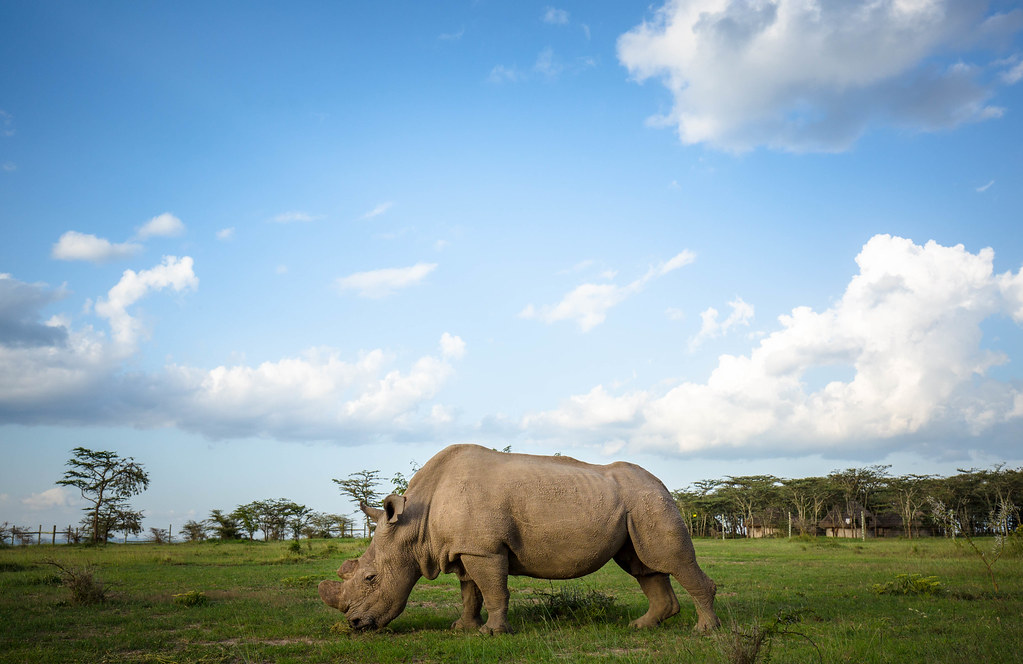 Rivaling the Serengeti is Laikipia District, a wide expanse of open plain with an abundance of wildlife and plant species. Famed for its large populations of rhinoceros, elephant, buffalo, lion and leopard, Laikipia is a wonder to behold. In the Maasai language it simply means “treeless plain” and as a result, you can look for miles around
at the wildlife in their natural habitat. 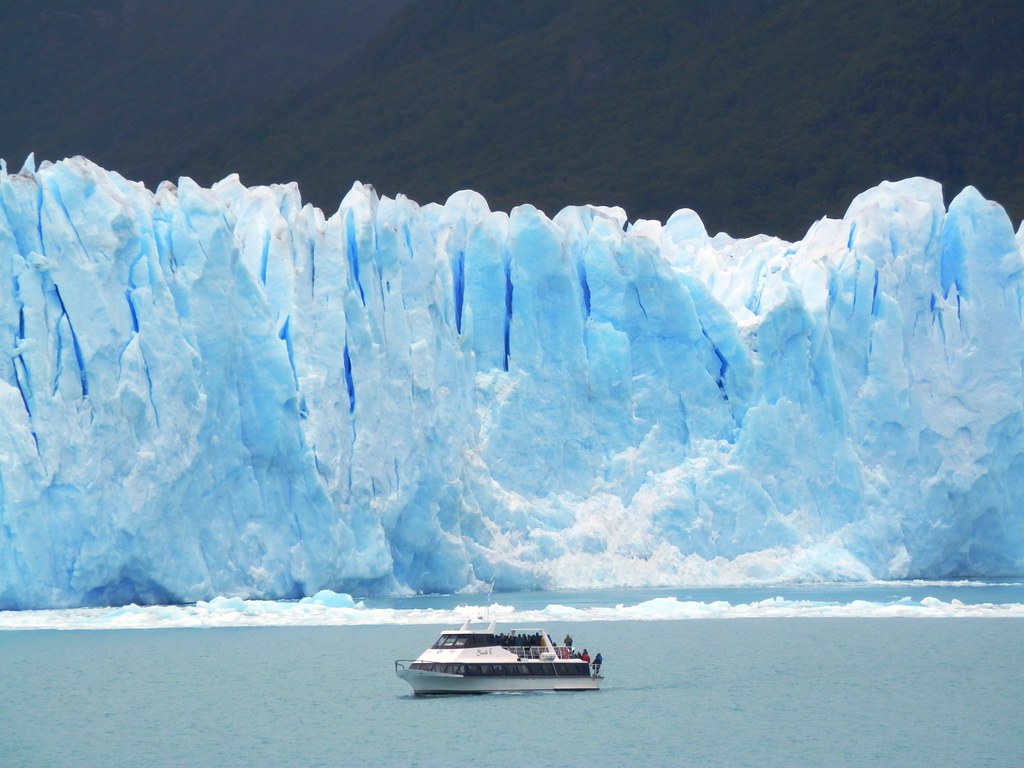 This fresh water reserve is the third largest in the world and an important tourist attraction in Argentinian Patagonia. Located in Los Glaciares National Park in southwest Santa Cruz Province, Perito Moreno Glacier covers an area of 250 km² and measures 30 km in length. Less than 2 hours away from El Calafate by bus, you will find many tour companies offering daily tours to this remarkable fresh water reserve. If you are interested in trekking, why not join a trekking tour allowing for amazing views of the glacier.

The striking, rugged beauty of the landscape at Badlands National Park pulls visitors to the site without much effort. Featuring eroded ridges and ragged peaks, this park is home to one of the world&#39;s richest fossil beds. Covering 244,000 acres of protected land, Badlands National Park is an extensive prairie where you could once find ancient
rhino, horse and saber-toothed cats. Today, however, herds of bison, bighorn sheep, prairie dogs and black-footed ferrets roam freely. 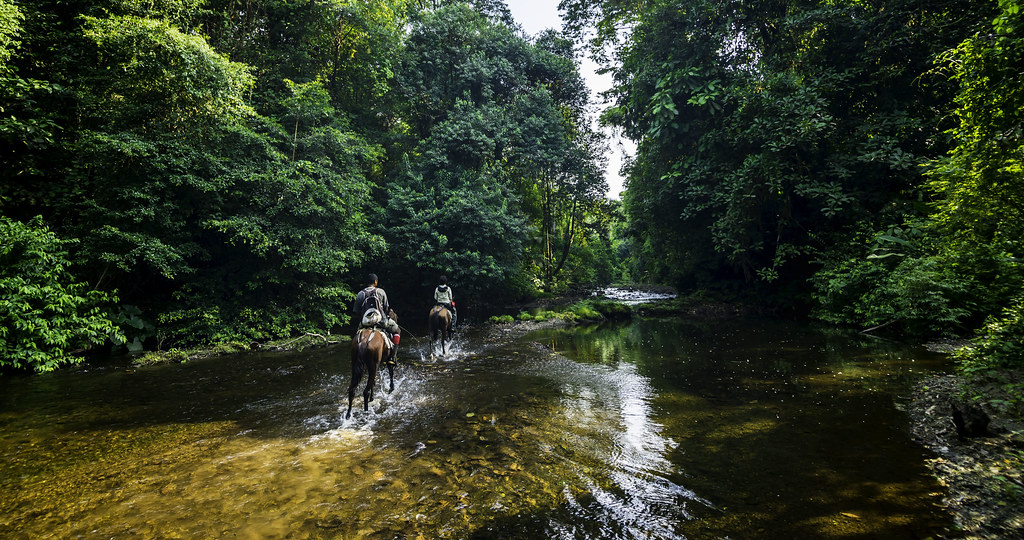 Situated in southwestern Costa Rica, separating the Pacific Ocean from the Golfo Dulce, lies the Osa Peninsula. This ecotourism destination is home to half of the species of wildlife which call Costa Rica home. Experience the breathtaking scenery, walk along deserted beaches and interact with the surrounding wildlife at the Corcovado National Park, a lowland tropical rainforest, which can be found on the peninsula. 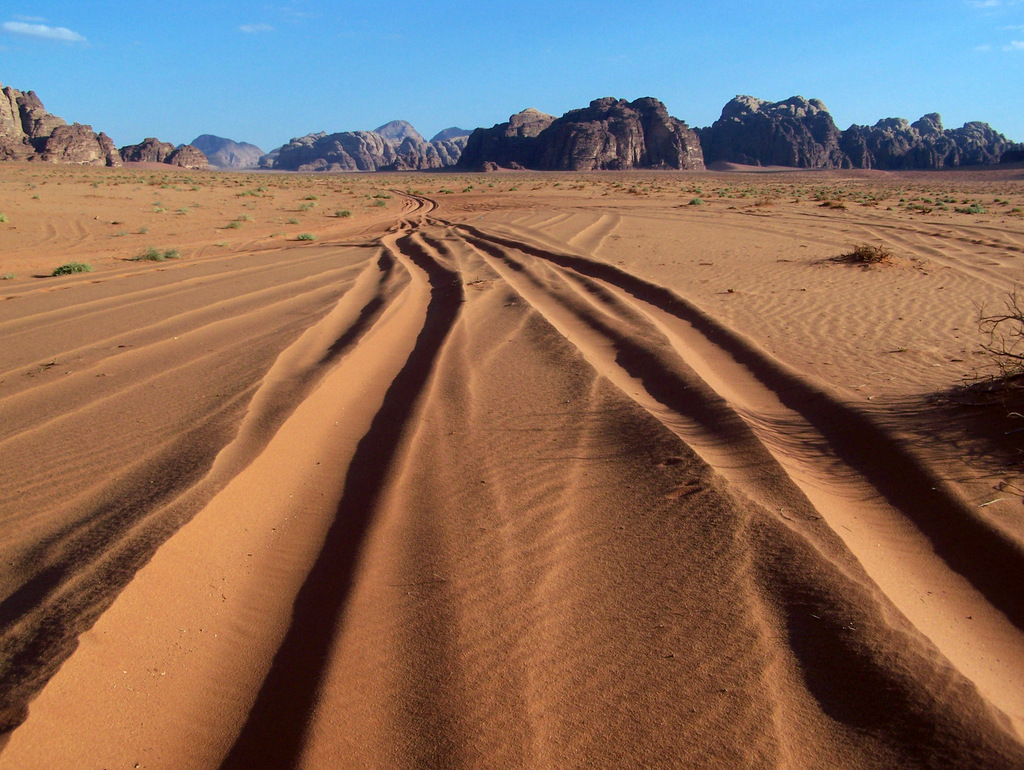 Known as the Vallley of the Moon, Wadi Rum in southeastern Jordan cuts through the sandstone and granite rock and covers 720 km² of wilderness. Rising from the wide sandy valley below are huge sandstone mountains which reach heights of 1,700 meters in some areas. Be prepared to strip away the baggage of life and get back to basics. This desert valley will sooth your soul and awaken your instincts. Make sure to take care as it can be extreme in the summer heat and winter cold but memorable all year round. Interact with the Bedouin tribe which call the Rum home, sleep one of their tents or embark on a camel, keep or hiking tour through narrow fissures and canyons that conceal ancient rock drawings of a forgotten past. 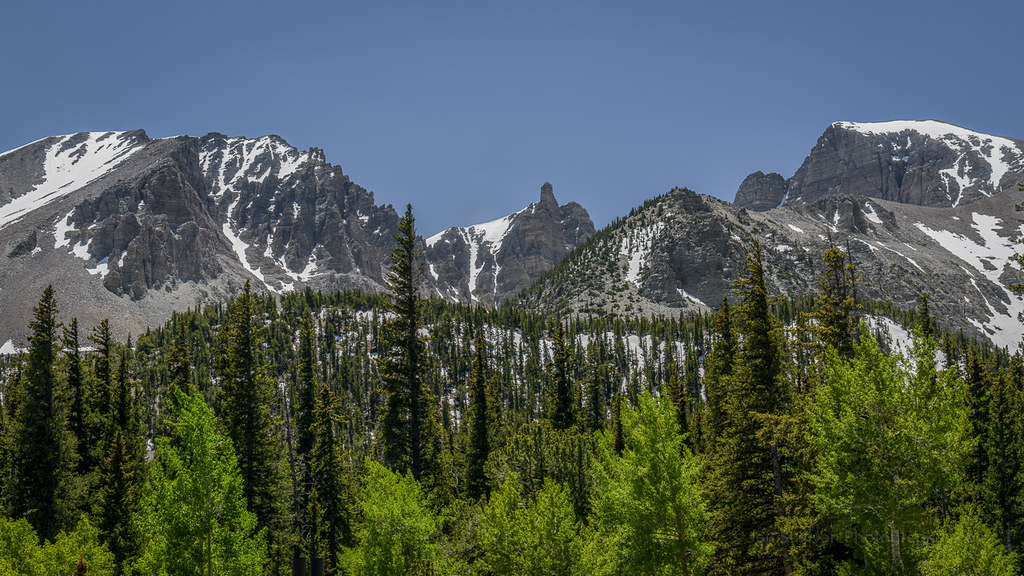 White Pine County in east-central Nevada is the location of Great Basin National Park, the lone national park in the state. Known for its groves of ancient bristle bristlecone pines, the oldest known nonclonal organisms, it is the Lehman Caves which are the real beauty of the park. This subterranean cave system was originally protected as a
National Monument in 1922 before being combined with the national park in 1986 and features stalagmites and stalactites as well as a whole ecosystem of bacteria, crickets, spiders, pseudo scorpions, mites and springtails. Although other animals utilise the cave for shelter, they must exit it to forage for food. Feel free to explore this underground natural wonder or join a team for a hike to Wheeler Summit. 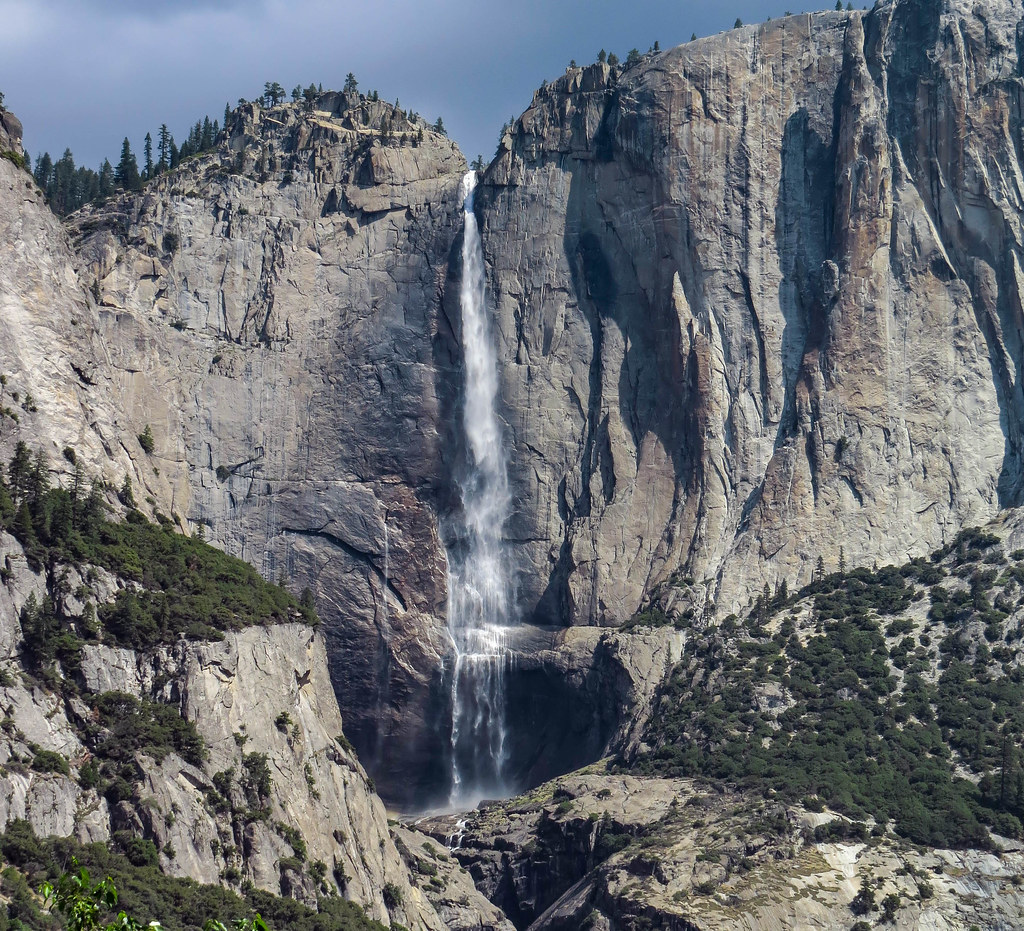 Designated as a World Heritage site in 1984, Yosemite National Park welcomes visitors to its environs year round. It is internationally recognized for its granite cliffs, waterfalls, crystal clear streams, glaciers, lakes, mountains, meadows, giant sequins groves and extensive biodiversity. You can explore the surrounding landscape which offers
stunning vistas filled with rich history. This national park is one the most popular in America and offers a wide array of activities for visitors. 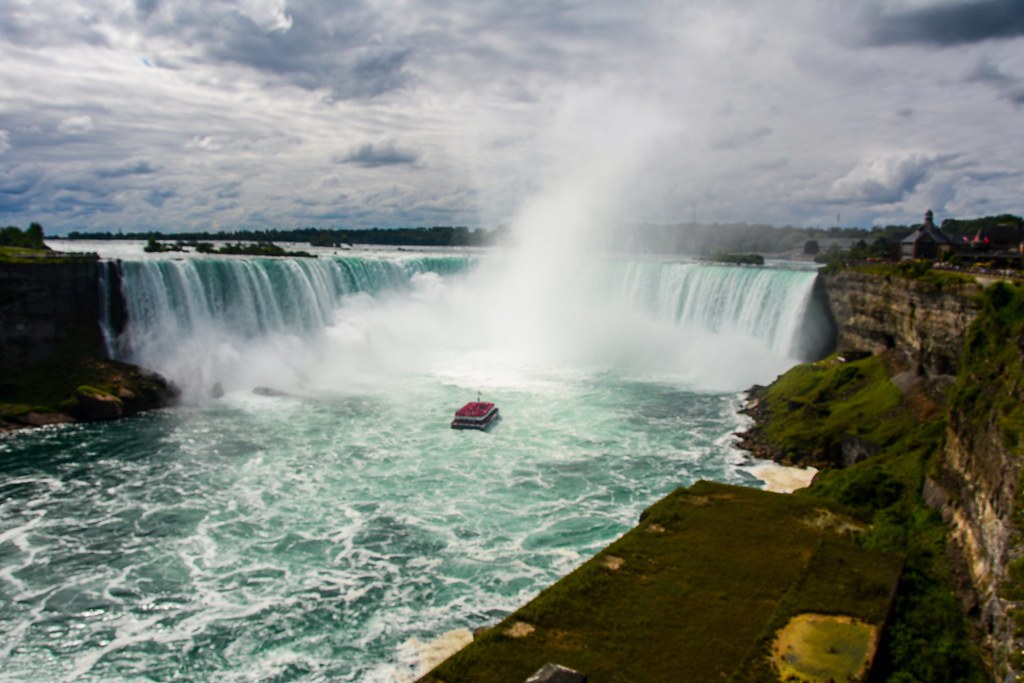 Consisting of three waterfalls that straddle the international border between the Canadian province of Ontario and the US state of New York, Niagra Falls is probably already on most people’s lists of places to visit. This natural treasure is world-renowned with Horseshoe Falls, the largest of the three, being the most powerful waterfall in North America based on flow rate. Many visitors flock to this site throughout the year with numerous locations suitable for photography. Attractions and activities are available on both the US and Canadian sides with boat cruises, explorations of Goat Island and panoramic, aerial views of the falls being on offer. 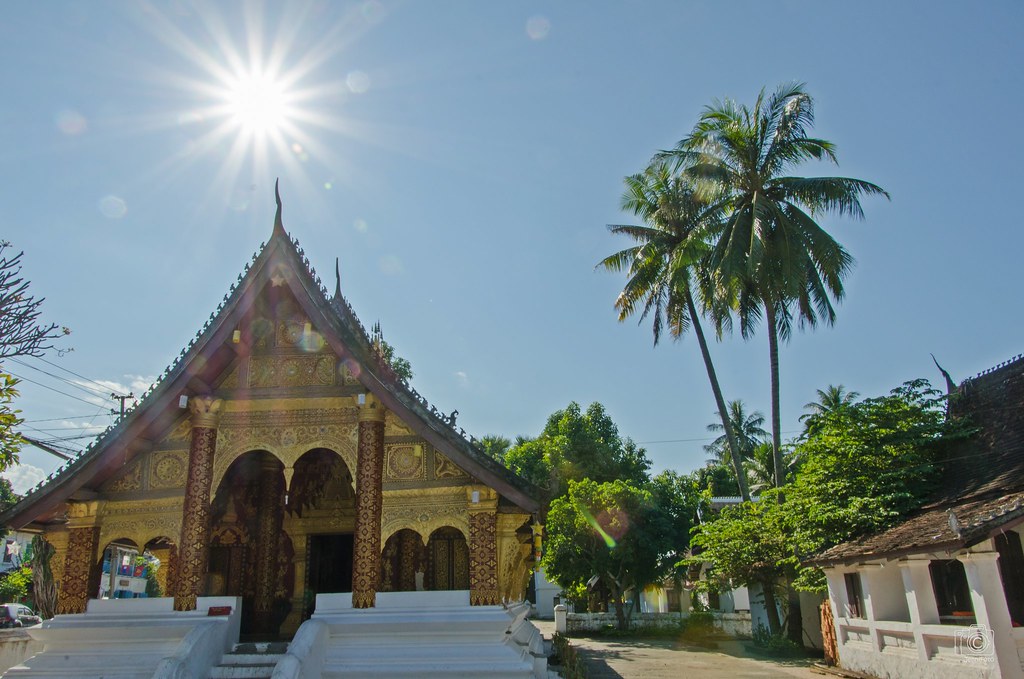 Luang Prabang is a city in northwest Laos. Revered for its unique and remarkable well- preserved architectural religious and cultural heritage, Luang Prabang earned its spot on the UNESCO World Heritage site list. Located at the junction of Nam Khan and Mekong River, a boat ride would be the perfect way to observe and experience the numerous Buddhist temples and monasteries that dot across the terrain. You may also be able to see villagers carrying out their daily tasks along the riverbank. Before you leave though, be sure to check out the Pak Ou Caves, which are adorned with gold- lacquered Buddha statues in various sizes. 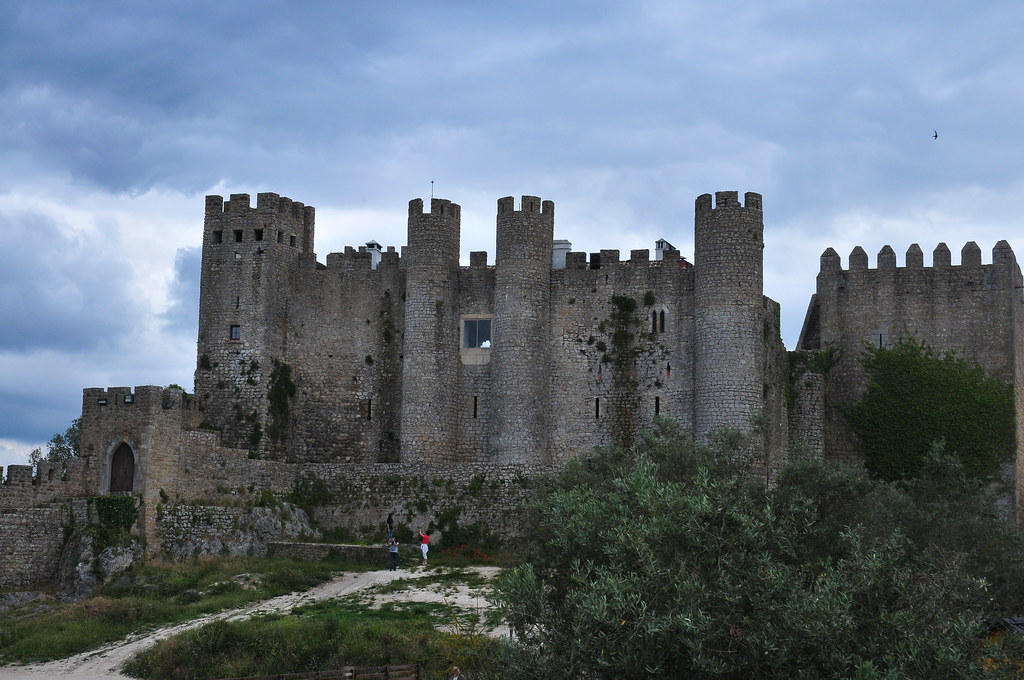 This small town, located just a short distance from Lisbon, is a perfect example of ancient Portuguese walled city. Having been presented to the Queen of Portugal on her wedding day, the Obidos has maintained a blend of small town charm and royal influence, making it a perfect attraction for visitors. Indulge in the beautiful sites, rich history and delicious cuisine as you explore through narrow cobbled streets. Don’t forget to visit its medieval castle. 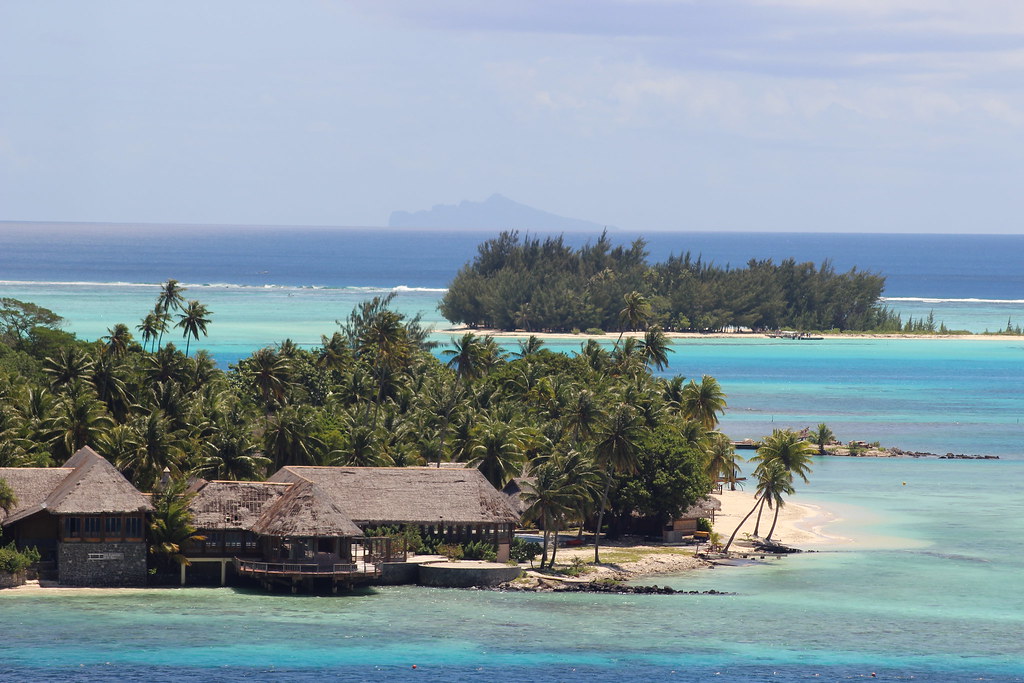 A luxury, tropical destination in the South Pacific, northwest of Tahiti is Bora Bora. At its centre lies a dormant volcano but with its beautiful landscape and stunning scenery, it is no wonder Bora Bora is a luxury destination of choice. Surrounded by sandy islets and the turquoise waters of a lagoon protected by a coral reef, this escape to paradise is perfect for scuba diving. Reserve your accommodation in one of the many stilted bungalows towering over the blue waves. You are guaranteed to experience a beauty so exquisite, it cannot be rivalled.